CALLIE SHELL of Time magazine published a superb collection of photos of our next president. This is my favorite one. He looks so spent as he awaits going on stage to give a speech in Iowa. 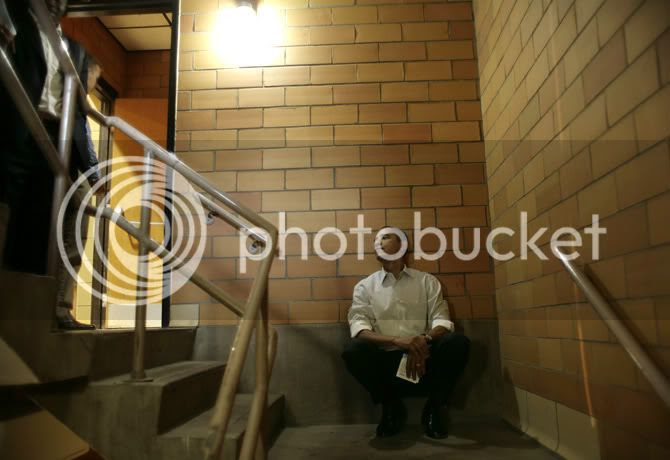 © Callie Shell/Aurora for Time
Waiting: Obama listens from a back stairwell as he is introduced in Muscatine, Iowa. It was his second or third speech of the day. Unlike many of the politicians I have photographed in the past, I find it is easy to get a photograph of Obama alone. He lets his staff do their jobs and not fuss over him. Nov. 7, 2007.
See the rest.

Great photos. I like the one where he is shaking with someone in a car. No secret service or large press...You have to wonder when/if he ever has any alone time now.

That's the best photo I've seen of him. It really resonates w/me. I like his solitude.