Sunday With Etta - At Last


She can't even stand up. No matter. She delivers anyway.

Posted by Craig Hickman at 11:09 AM No comments:

BETHLEHEM, WEST BANK - DECEMBER 24: Midnight Mass ceremony, which marks the beginning of Christmas Day, the Church of the Nativity in the West Bank town of Bethlehem on December 24, 2009.

Take care of your blessings.

Posted by Craig Hickman at 11:45 PM No comments:

The View From Here

From the Pemaquid Point Light House back in October when my birth mother brought my mother to visit.

We celebrate the shortest day of the year.


Posted by Craig Hickman at 3:09 PM No comments:

Thought For The Day

Stop worrying. If you believe in prayer, then there's absolutely no need.


Probably my favorite song to sing in a gospel choir. So simple. So majestic. The altos have the part, but the sopranos bring it home.

Today, my maternal birth family buries their matriarch. The same day 42 years ago that I went to the foster home.

I am with them in spirit.

The View From Here

My birth mother took this photo on her visit to Maine this past October.

Doesn't she look great for 82? That's us this past October on her visit to Maine.

Sunday With Chaka - End Of A Love Affair


Oh, Chaka. She's drunk, she's sweaty. She's messing up the lyrics. And yet, it's still so beautiful.

She's taking me right to the heart of this muck I feel.

Posted by Craig Hickman at 10:31 AM No comments: 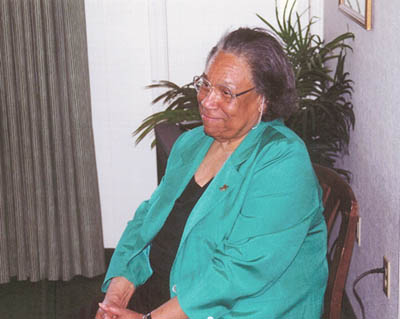