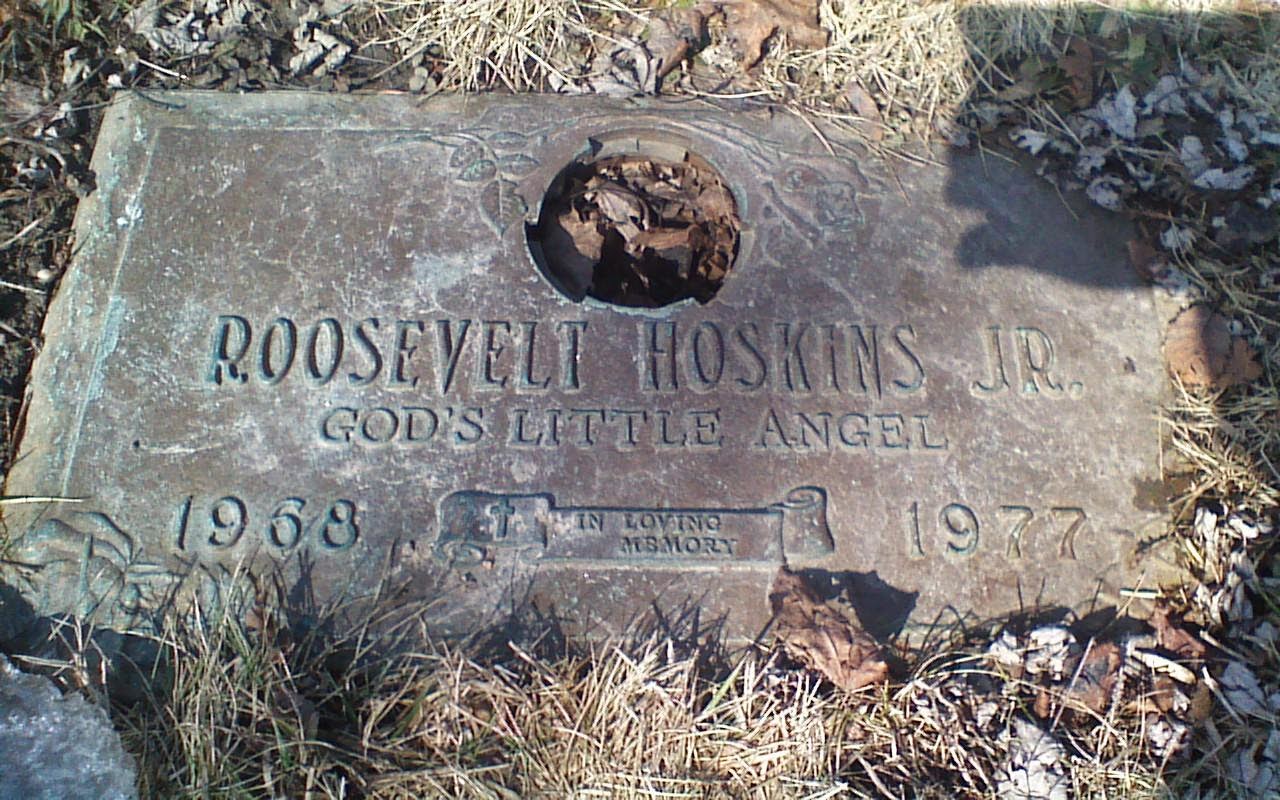 1
Roosevelt looked like no other boy Craig had ever seen. On the first day of kindergarten, they looked each other square in the face, two curious little boys in the middle of a big classroom looking for a way to bridge the barrier between them.

Roosevelt looked back through bubble eyes bulging from a head way too big for his skinny body and replied, “I don’t know. Why are your arms so long? You look like a monkey.”

They became immediate friends, sharing, among many things, a zeal for football. In the realm of their fantasies, they were sports broadcasters who followed every season of the NFL. They documented their predictions for each season in a comic strip complete with dialogue, outrageous detail, and catchy cartoon figures. Whenever they couldn’t agree on the dialogue or on who would draw what team’s figures, they’d have a wrestling match. Whoever won the match won the right to write or draw whatever he wanted.

Sometimes their fights were inspired by television comedies. They both loved the slapfests they saw on The Three Stooges. Once, during a slapfest over which one would draw the Miami Dolphins, Roosevelt slapped Craig so hard, his face stung for hours. In response, Craig slapped Roosevelt with the back of his hand, but his knuckle connected in just the right way with Roosevelt’s large front teeth that they cut through the skin, drawing blood.

“That’s what you get for trying that backhand,” Roosevelt taunted, laughing. “God don’t like ugly. You know the backhand isn’t allowed.”

With a stinging cheek and a drawing hand in need of first aid, Craig surrendered. Roosevelt drew the best Miami Dolphins strip ever.

Roosevelt was the brother Craig never had. As brothers, Roosevelt never made Craig feel he needed to be anything other than who he was. As brothers, Roosevelt accepted all of Craig’s faults, including his blunt and sarcastic mouth. And though some of their classmates found it necessary to call Craig “sissy,” “faggot,” “punk,” “mama’s boy,” or “little girl,” Roosevelt only called him by his name.

They knew each other’s favorite things. Salami was Craig’s preferred lunchmeat; bologna was Roosevelt’s. Craig ate his salami with a dollop of Miracle Whip; Roosevelt would spread so much mustard on his Oscar Mayer, he’d often finish with a yellow mustache. Craig loved the crunch of chunky peanut butter, Roosevelt preferred creamy. Craig couldn’t choose a favorite flower, while Roosevelt adored red roses. Appropriate since his name was from the Dutch for “field of roses.”

Craig’s world was blessed. Brilliantly blessed. Hansel had his gingerbread rooftop; Gretel, her candy-caned windowpanes. But Craig had his brother and best friend Roosevelt. What more could he want?


2
And it came to pass on the thirtieth day of March, in the nineteen hundred and seventy-seventh year, that Roosevelt didn’t come to school.

That evening, Craig was eating dinner with his sister and his father when the phone rang. Gina Louise went to the hallway just off the kitchen and picked up the phone. The call was brief.

“Who was it?” Hazelle asked his daughter.

Craig couldn’t answer. He ran down the back stairs and out the door into the backyard where he threw up under the Mountain Ashe tree and slumped onto the grass. A few minutes later, he heard his mother thank the woman who gave her a ride home from her church meeting. He ran to the front of the house crying out, “Roosevelt died, Mama, Roosevelt died, Mama, and it’s all my fault.”

Minnie Juanita picked her son up from the ground and carried him into the house, laying him on the mustard-colored couch in the living room.

“Why?” was the only question Craig could ask in the days that followed.

“I don’t know why, son, but Roosevelt has gone on to a better place. It was meant to be this way. We don’t always know what the Good Lord has in store for us.”

“But, Daddy, why did He have to take my friend? We said we would be best friends forever. I’ll never have a friend like him again, Daddy. He just disappeared. He didn’t even say goodbye. Where did he go? Why did he have to go?”

No one could give him an answer that made any sense because, in his mind, it was his fault.


3
The AmerIndians called it Milwaukee, the place “where the rivers meet.” Settled in the eighteen thirties by French fur traders who benefited from the three rivers that flow into Lake Michigan, Milwaukee became home to many German, Irish, Scandinavian, and Polish settlers. By the eighteen forties, German immigrants became the largest group. They lived together in enclaves and wanted their language and culture to take a strong foothold in Milwaukee.

By the eighteen sixties, Brew City boasted nineteen German breweries; the smallest of these housed taverns. The largest had beer gardens outside where extended families came together for embellished chatter, for society, for the soul soothing delight of freshly cased bratwurst boiled in vats of beer over flaming cauldrons. Thousands of men, women, and children would gather every Sunday at Schlitz Garden, the biggest one in the Middle West.

These convivial, working-class immigrants also brought to Milwaukee the tradition of forming and joining associations. The church became the main meeting place of many of these Vereine. German Catholics, Jews, and Lutherans built churches and temples on almost every street corner in every neighborhood. Here they worshiped and thanked their gods for deliverance through danger on their journeys across the ocean to an unknown land. This ethic influenced the culture of every immigrant group that came to Milwaukee, including the thousands of Southern blacks who moved north in the Great Migration after World War II. Milwaukee became a city of segregated neighborhoods where deep ethnic pride and the guarding of staked-out territory created enemy lines that caused decades of conflict and unrest. During the sixties, Milwaukee was called the Selma of the North when a throng of Negroes marched against Jim Crow and violence.

The children of Siloah Lutheran Evangelical Church and School were the children of these marchers—wrought, cast, and molded in the same smelting furnaces from the same sturdy iron. The strongest ones turned to steel, able to withstand anything. All of them worked hard.

All of them played hard. On their playground, you could play their games only if you followed their strict and competitive rules. If you wouldn’t, couldn’t, or did not want to, you automatically forfeited the game and lost. It was that simple. Cheaters had no allies. Those wanting to change the rules—no jurors. Whether it was doubledutch, basketball, hopscotch, or kickball, the majority favorite, you had to play by the rules if you wanted to win and didn’t everybody love to win?

Roosevelt and Craig were always on the same kickball team. A few days after the Miami Dolphins Backhand, as they both immediately came to call it, their team played a nail biter. Their opponents had a better record of wins and losses, and if they were to make the kickball playoffs, they needed to win. Roosevelt seemed more tired than usual, but he decided to play anyway because the stakes were so high. At the bottom of the last inning—last because recess was about to end and no game was ever extended into the next recess—Roosevelt was up to kick. He looked at his best friend and said, “I can’t do it.”

Craig had never heard these words from him. “Yes you can. You have to. You know we can’t skip your turn or let somebody kick in your place.”

“Just one last kick. C’mon, Roosevelt. Please. We gotta get the runners on second and third home just to tie this game.”

Roosevelt corralled himself, shored up his energy, and kicked a home run over the playground’s back fence. Jumping about like they’d just won the pennant, his teammates cheered as the runners crossed home plate. Roosevelt’s crossing gave them the one-point victory just as the bell rang for the end of recess.

The next day, Roosevelt didn’t come to school.


4
It was April, the season of storms. Sinister clouds the color of coal dust billowed swiftly above. The atmosphere, still as meditation, held a hue of yellowish-green and the glorified scent of freshly cut grass.

The funeral was held at New Hope Baptist, the church Roosevelt’s mother belonged to, which stood on the corner of Atkinson Avenue and Roosevelt Drive, five blocks away from the Hickmans’ house. The whole event played like a dream from which Craig couldn’t wake up. About halfway through the service, the Reverend Roy Wilkins asked for a moment of stillness. What little afternoon light leaked into the church through the stained glass windows darkened to the color of night. Soon, the stillness was shaken by torrents of rain beating so hard against the roof it seemed as if the whole church might tumble in on itself. Minutes later, a tornado passed over, howling as it moved from the balcony choir loft to the altar and then whistled away into the distance. In unison, the congregation exhaled.

When the service resumed, it was time to view the body. Mamie Hoskins said one last goodbye, kissing her son’s eight-year-old body on the forehead.

Craig would become her surrogate son. Soon, she would bring him all of Roosevelt’s clothes. He would wear them with equal parts pride and despair to school everyday for the rest of third grade. She would be moved by the engraved crucifix memorial Craig would choose with their teacher to hang on the cement-block wall just above their favorite reading area. She would attend his high school graduation nine years later and hear his unconventional valedictory address. She would pray for him as he departed east for oceans and leagues of ivy. But Craig could never replace her Roosevelt, and she would have to find strength in her Lord, in herself, to get through the heart-shattering stupidity of burying a child.

For the funeral, she designated Craig an honorary pallbearer because he wasn’t strong enough to carry the weight of Roosevelt’s casket. After the procession, Roosevelt’s mother also allowed Craig to ride in the family limousine in the mile-long procession to the graveyard. Evergreen Cemetery, which abutted Lincoln Park, the inner city’s largest public park, was where she chose to lay her son’s body down. There, on every thirtieth of March, every one of his birthdays, and every Memorial Day, she would turn the area around Roosevelt’s flat-on-the-ground headstone into a field of red roses.

Craig sat in the back seat listening to the wipers whoosh across the windshield, to Rufus and Chaka’s “Everlasting Love” on the radio, not realizing how strange it was for the radio to be on at all. On the way to Roosevelt’s earth, the tombstones blurred by as Craig absentmindedly picked on the scab that had crusted over the knuckle on his right hand. But it was too soon.

He raised his hand to his mouth and licked away the blood that dripped from his wound.
Posted by Craig Hickman at 12:22 PM No comments: