IN THIS historic presidential election, endorsements matter more than usual. When word leaked that General Colin Powell would be endorsing Barack Obama today, a river of thoughts and feelings ran through me.

My feelings about Colin Powell remain ambivalent, but they lean toward the negative. The Iraq war was a gravest foreign policy mistake of my adult life and his speech on the floor of the United Nations made me weep.

That said, he represents competence in foreign affairs and when Rasmussen polled him against John McCain in August in a hypothetical presidential race, he trounced McCain by 20 points.

Back in February, their polls said that a Powell endorsement would make nearly 30% of voters more likely to vote for the candidate he endorsed.

People like Colin Powell, despite his lies under George W. Bush.

To non-political junkies, and even a few die-hards, Powell's endorsement of Barack Obama would therefore be a net plus.

But what was most important is that he called the Bill Ayers attacks demagoguery, which is exactly why it's so viscerally painful, he criticized the GOP for narrowing the party and moving too far to the right (Sarah Palin? Get the hell outta here!) and he smacked the country around on its hate for Muslims, citing a young Muslim soldier, Kareem Rashad Sultan Khan, killed in Iraq who was 14 on 9/11 and vowed to go fight for his country and ended up sacrificing his life.

I was impressed more by that than by the endorsement. The Islamophobia spreading across this country like wildfire is so vile, and so dangerous, it threatens our national security from within. I've been having crying spells for weeks now and it has everything to do with seeing a people demonized and terrorized simply because of their beliefs. And even though it must, that fire is not going to be extinguished when Barack becomes president.

But back to the good news.

This is our moment.

This is our time. 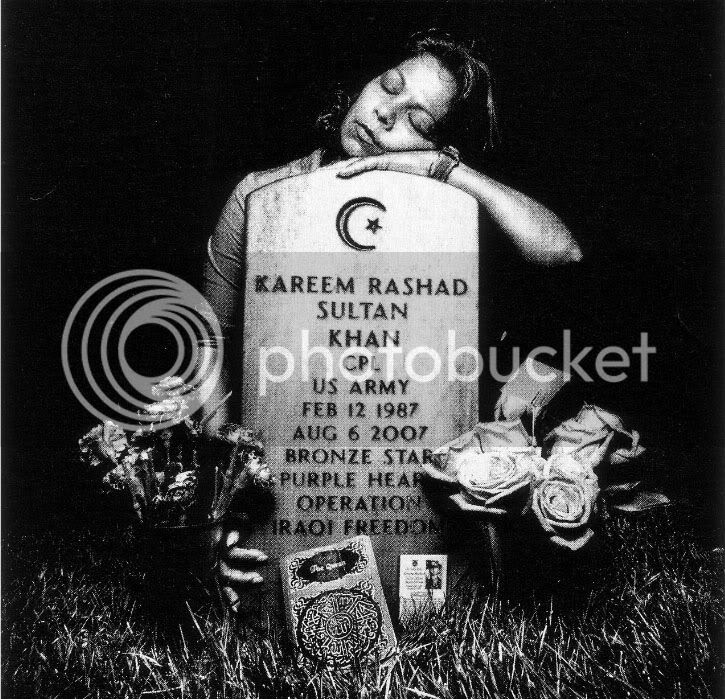 Powell calling out McCain and the Republican party on their fear mongering tactics was what I appreciated about his speech. He seemed genuine and I am sure it will reach the people who need that push off the fence.

I appreciated his endorsement. But I find it interesting that he is endorsing Obama now, a time when it looks like Obama has this election won. Where was he when Obama was being raked over the coals over his relationship with Rev. Wright?

Where was he at any time when Sen. McCain blasted Obama for not admitting that the surge succeeded, and Obama said it was due to many factors, and not just the introduction of more troops? He knew this to be true, but did he back Obama up?

Has he apologized for the role he played in getting us into a pre-emptive, illegal war in Iraq? If so, I haven't heard it.

Some will say this timing is perfect. I say it's suspect. And blood is still on his hands.

macdaddy, I feel you.

I have much ambivalence about Powell.

But I do think now was the right time, given his statements about Palin, Ayers, and anti-Muslim hate.

Craig, I am right with you when crying for a group of people being demonized.It is an evil & demonic attitude & practice. It is ugly & it is wrong.

At 1st, I really didn't care if General Powell endorsed Obama or not. I felt that it would have a 0-.07% amount of impact. Now that I saw the endorsement, which caused my eyes to well up with tears, I don't care if it has an impact or not. I am thankful that he used this opportunity to be the voice of reason. He has added his voice to Obama's and to OURS, that we will go forward to help create the promise of this country, and all your hate, fear & divisiveness isn't going to stop it.Obviously, we are having to drag some people, kicking & screaming, into the 21st century. So be it.

As for the timing, I think the timing isn't as bad as I originally thought. The repubs are ramping up the robocalls, O is asking us not to be complacent & reminding us that the dems usually lose @ the finish line. These end of season endorsements will help us retain our momentum across the finish line & into the white house.

Powell broke the GOP and the McCain campaign down like a fraction. He left no stones unturned in that endorsement. In fact, it was more than just an endorsement....that was unlike anything I've seen to date in politics. He put the GOP in its place in a way that no one has been able to do. It was the most eloquent non-cursing cursing out I have ever witnessed. I know plenty of people felt the sting of that slap this morning.

It was the most eloquent non-cursing cursing out I have ever witnessed.

It was the most eloquent non-cursing cursing out I have ever witnessed.

This description is so on point, and it took skill, and Powell showed that he still has mad skills.

You're on the money with this.