Obama for Kennedy at Wesleyan Commencement 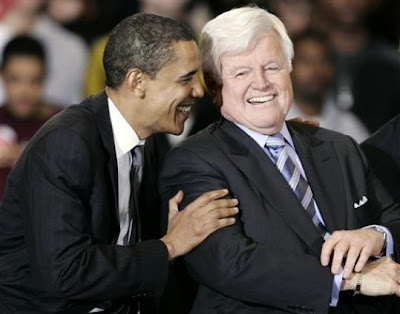 Chicago, IL – On Sunday, May 25, 2008, United States Senator Barack Obama will deliver the Commencement Address at the 176th Commencement Ceremony at Wesleyan University in Middletown, Connecticut.

Senator Obama is honored to speak on behalf of United States Senator Edward M. Kennedy, who was previously scheduled to deliver the address.

"Ted and I talked about me filling in for him at Wesleyan University earlier this week. Considering what he's done for me and for our country, there's nothing I wouldn't do for him. So I'm looking forward to standing in his place on Sunday even though I know I won't be able to fill his shoes," Senator Obama said.

Posted by Craig Hickman at 4:15 PM