THE CANDIDATE who has won the majority of pledged delegates has never lost the nomination.

For all intents and purposes, Barack has clenched the Democratic nomination. Nothing she who shall not be named and her bitter surrogates do or say can change that. And no, she won't be his runningmate. 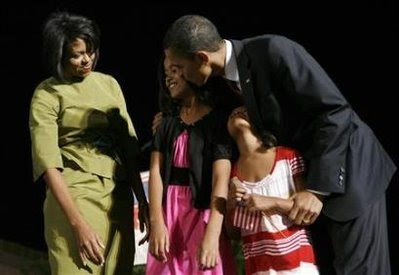