Why Did You Search?

I’m asked that question often. The short answer is always, “Because I wanted to see her face.” The long answer goes something like this:

I am not exactly sure why I feel compelled to write you this letter, but I do know that it’s not in my hands now.

When I first contacted Oakwood College Archives, I told either you or Faye that I was looking to do some research on a family book project and that I had some photographs I was hoping to cross-reference with pictures from Oakwood College yearbooks.

That was not exactly true. For that I apologize, because I know that lying is not divine and I was raised to tell the truth.

Imagine my surprise when you said to me over the phone that you thought my mother attended Oakwood College! I never told you that, and so I took this as a sign that I was doing the right thing.

As it turns out, my birth mother did attend Oakwood College, as did my birth father, although documents from my research to date indicate strongly that he might not even know I exist.

My birth mother was a freshman at Oakwood College in 1967 when she became pregnant with me. She left college at the end of the school year, went home to Wisconsin where her mother had her sent away to a boarding house in a small town so no one would know she was pregnant. I was born in December of 1967 and placed in foster care 6 days later. I was adopted sixteen months later in 1969 by a family in Wisconsin who raised me to be who I am today.

But something has been missing all my life.

I am a 33-year-old black Harvard graduate and corporate manager with a good marriage, home, and relationship with the Most High. I was even briefly “famous” as a performance poet and theatrical artist.

But there is still an empty place inside. All my life, I have longed to know more about my birth mother and father, and their families—my roots—and so I started to search for them about five years ago.

All my life I have wanted to see at least a picture of them just to see which one of them I might look like.

Well, thanks to you and Faye, you have made that part of my dream come true. 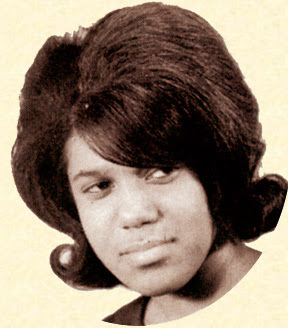 I was able five years ago to get a collection of documents from the agency in Wisconsin that handled my adoption. In these documents, I was able over the years to figure out that my birth mother was also from Wisconsin, that she attended a college in Huntsville, Alabama, that her brother attended the same college, that my birth father attended the same college, that her first name was Jennifer, that her last name was five letters ending with the letter e, and that my birth father was from Florida. I also knew that she named me Joseph Bernard when I was born.

That was about it, because anything else in these documents that might remotely give me a clue as to where she lived, her birthday, her last name, her parents’ first names, her grandparents’ names, who my first doctors were, who my foster family was, where they lived—all this information was blacked out.

Imagine reading about your people, your life, and seeing long black streaks that render you anonymous.

But I didn’t give up. I called the agency. I convinced the social worker to tell me the states where my great grandparents lived, but she refused to give me more information because Wisconsin adoption laws are rigid and archaic and don’t seem ready to change any time soon.

I couldn’t imagine that my mother, after all these years, if she were still alive, would not want to be found.

I couldn’t imagine that she had not thought of me many times. I have no intentions of turning her life upside down or making any demands on her. I just want answers to so many questions; she probably wants the same.

So here I am. I have been denied information by anyone who holds the power to give it. I haven’t been able to get her birth date, place of birth, last known address, social security number or anything that might assist me in my quest to find her.

But I haven’t given up, and I don’t intend to.

I have posed as private investigator, genealogist, doctor—anything I could think of to persuade those with the information to give me what I wanted—but with no success.

I guess that’s why, in the beginning, I posed as a researcher with you for fear that if I told the truth, another door would be slammed in my face.

Well, I hope you and Faye understand and accept my apology.

But more importantly, I want to thank you both from the bottom of my heart for giving me a picture of my birth mother, whose face I have now seen for the first time in my entire life.

I am enclosing some money so that you can copy the entire yearbook of 1967 and send it to me, and maybe I will be able to find a picture of my birth father and uncle as well.

Because this is so important to me, please do whatever you have to do to make it the best quality possible.

Maybe someday I will visit Oakwood College to experience firsthand the place where I was conceived, where my birth parents once walked this earth.

In the meantime, I look forward to the yearbook. I thank you both so very much for what you have given me, and wish you nothing but blessings.

I am certain I will speak with you again soon.