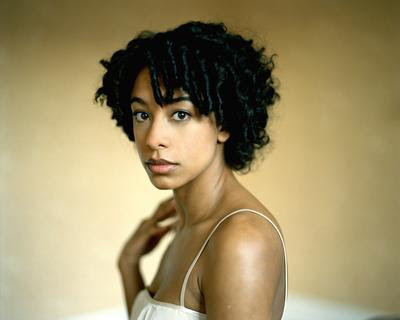 I'll take a (brief) break from Jennifer Hudson and Dreamgirls to drop a line on Corinne Bailey Rae, whose self-titled CD I listened to non-stop until the Dreamgirls soundtrack (more about that another day!) was released. I just stumbled upon a download of a haunting new song [src: ModFab via Faronheit] that I thought to share.

This woman—whose angelic voice is part Billie, part Rickie Lee, part Erykah, part Sade, but all Corinne—is simply amazing!
Her hit "Put Your Records On" has just received two Grammy nominations for song and record of the year.

That's another way of saying it, yep.

Thanks for stopping by, emma.