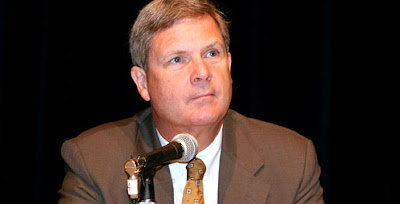 IOWA Governor and Presidential candidate Tom Vilsack is touched by adoption. The 56-year-old adoptee has recently received information that might allow him to find his birth mother if he chooses to follow it up.

Government Vilsack, open about his adoption, “was adopted shortly after birth and has spoken of growing up in a family where his adoptive mother struggled with alcoholism and his adoptive father had financial setbacks. He has used his past as an example of rising above adversity, but the latest development could add detail to the story.”

Posted by Craig Hickman at 5:25 PM