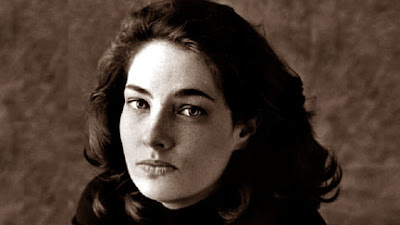 REUNITED Dan from over at Search and Reunion posted a link to a 2004 NPR interview where novelist A.M. Homes, whose adoption memoir The Mistress’s Daughter comes out in 2007, speaks about her reunion with her birth mother that turned frightening.

Listen to the Interview Here 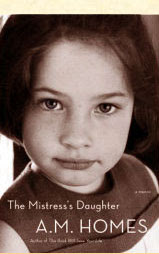 Amazon.com - Before A.M. Homes was born, she was put up for adoption. Her birth mother was a twenty-two-year-old single woman who was having an affair with a much older married man with children of his own. The Mistress’s Daughter is the story of what happened when, thirty years later, her birth parents came looking for her.

Homes, renowned for the psychological accuracy and emotional intensity of her storytelling, tells how her birth parents initially made contact with her and what happened afterward (her mother stalked her and appeared unannounced at a reading) and what she was able to reconstruct about the story of their lives and their families. Her birth mother, a complex and lonely woman, never married or had another child, and died of kidney failure in 1998; her birth father, who initially made overtures about inviting her into his family, never did.

Then the story jumps forward several years to when Homes opens the boxes of her mother’s memorabilia. She had hoped to find her mother in those boxes, to know her secrets, but no relief came. She became increasingly obsessed with finding out as much as she could about all four parents and their families, hiring researchers and spending hours poring through newspaper morgues, municipal archives and genealogical Web sites. This brave, daring, and funny book is a story about what it means to be adopted, but it is also about identity and how all of us define our sense of self and family.

The Viking Adult hardcover will be available in April.

I finished your book and it was simply excellent. Your ability to write from such a personal place is a gift.

The search of an adoptee is such a unique quest. We struggle with inner turmoil. Are we doing the right thing? Are we trying to replace family with relatives? And if we are, why? I have to say your story reinforces some of my feelings and thoughts. And it makes me want to examine deeper my motivation. I have been watching for “the line” since I met my birthmother and all though I haven’t seen it yet, I know it is there somewhere.

I've always told intensely personal stories. James Baldwin, one of may favorite authors and one who influences the tone of my work, wrote that the most personal stories are the most universal. The role of the artist, he claimed, is to tell us who we are. I'm glad that you were able to connect with my story.

While there are similarities among all adoptees who initiate a search, we each have unique stories and circumstances that compel us to search. Some wait until their adoptive parents die before searching, others don’t tell their adoptive parent about their desire to find their roots or their actual journeys to do so. Adoption can be a happy ending for a child or a nightmare. All adoptive parents are the best things that ever happened to their children and I’d imagine that some adoptees search to give themselves of having a better relationship with their biological parents.

But since no one can replace anyone else, anyone looking to do that will always fail. Still, I’d imagine that the yearning to know where we came from, who we look like, or just who our birth parents are (or were as the case may be) is as innate a desire as wanting to pursue happiness. I was lucky that my parents encouraged me to search at a very young age. Of course, I couldn’t search until I turned 18, but by then at least I knew that I had their blessing so I never felt like I was going against them when I finally found the courage to search.

At the end of the day, we are all responsible for our own happiness and we must follow our heart in everything we choose to do, no matter what.

Searching can open a Pandora’s box and we must be prepared to deal with all that spills out of it.