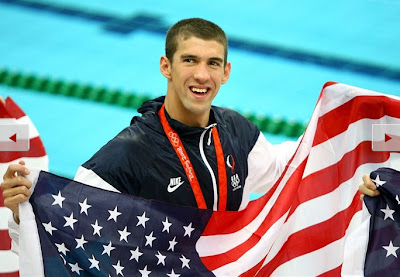 BEIJING (AP) — Michael Phelps won his record eighth gold medal Sunday at the Beijing Olympics as a member of the victorious U.S. 400-meter medley relay team, breaking a tie with Mark Spitz for most golds in a single games.

Aaron Peirsol, Brendan Hansen, Phelps and Jason Lezak won in a world-record of 3 minutes, 29.34 seconds, lowering the old mark of 3:30.68 set four years ago in Athens.

The U.S. swept the men's relays in Beijing, with Phelps leading off in the 400 and 800 free relays. Lezak anchored the 400 free to a narrow victory over France to preserve Phelps' historic bid. 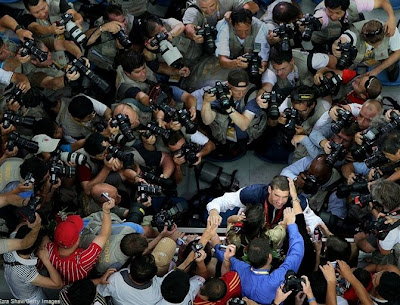 Posted by Craig Hickman at 7:33 AM