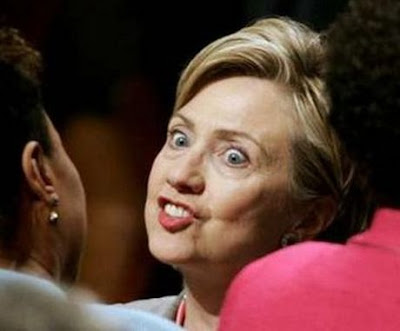 PEGGY NOONAN don't play. The Wall Street Journal columnist has just laid bare Senator Clinton's biggest problem. As though we didn't already know. But no one has put it quite like this (warning: swallow your drink before continuing):

What, really, is Mrs. Clinton doing? She is having the worst case of cognitive dissonance in the history of modern politics. She cannot come up with a credible, realistic path to the nomination. She can't trace the line from "this moment's difficulties" to "my triumphant end." But she cannot admit to herself that she can lose. Because Clintons don't lose. She can't figure out how to win, and she can't accept the idea of not winning. She cannot accept that this nobody from nowhere could have beaten her, quietly and silently, every day. (She cannot accept that she still doesn't know how he did it!)

She is concussed. But she is a scrapper, a fighter, and she's doing what she knows how to do: scrap and fight. Only harder. So that she ups the ante every day. She helped Ireland achieve peace. She tried to stop Nafta. She's been a leader for 35 years. She landed in Bosnia under siege and bravely dodged bullets. It was as if she'd watched the movie "Wag the Dog," with its fake footage of a terrified refugee woman running frantically from mortar fire, and found it not a cautionary tale about manipulation and politics, but an inspiration.

Posted by Craig Hickman at 1:56 PM