THE SIXTEENTH STREET Baptist Church in Birmingham was used as a meeting-place for civil rights leaders such as Martin Luther King, Ralph David Abernathy and Fred Shutterworth. Tensions became high when the Southern Christian Leadership Conference (SCLC) and the Congress on Racial Equality (CORE) became involved in a campaign to register African Americans to vote in Birmingham. 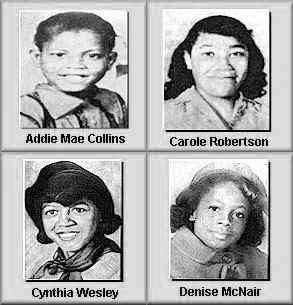 On Sunday, 15th September, 1963, a white man was seen getting out of a white and turquoise Chevrolet car and placing a box under the steps of the Sixteenth Street Baptist Church. Soon afterwards, at 10.22 a.m., the bomb exploded killing Denise McNair (11), Addie Mae Collins (14), Carole Robertson (14) and Cynthia Wesley (14). The four girls had been attending Sunday school classes at the church. Twenty-three other people were also hurt by the blast.

Civil rights activists blamed George Wallace, the Governor of Alabama, for the killings. Only a week before the bombing he had told the New York Times that to stop integration Alabama needed a "few first-class funerals." 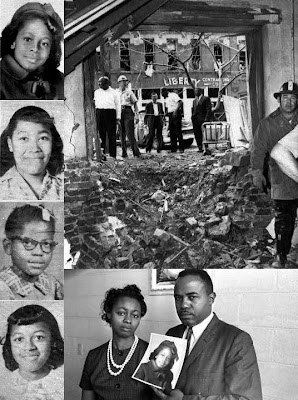 A witness identified Robert Chambliss, a member of the Ku Klux Klan, as the man who placed the bomb under the steps of the Sixteenth Street Baptist Church. He was arrested and charged with murder and possessing a box of 122 sticks of dynamite without a permit. On 8th October, 1963, Chambliss was found not guilty of murder and received a hundred-dollar fine and a six-month jail sentence for having the dynamite.

The case was unsolved until Bill Baxley was elected attorney general of Alabama. He requested the original Federal Bureau of Investigation files on the case and discovered that the organization had accumulated a great deal of evidence against Chambliss that had not been used in the original trial.

In November, 1977 Chambliss was tried once again for the Sixteenth Street Baptist Church bombing. Now aged 73, Chambliss was found guilty and sentenced to life imprisonment. Chambliss died in an Alabama prison on 29th October, 1985.

On 17th May, 2000, the FBI announced that the Sixteenth Street Baptist Church bombing had been carried out by the Ku Klux Klan splinter group, the Cahaba Boys. It was claimed that four men, Robert Chambliss, Herman Cash, Thomas Blanton and Bobby Cherry had been responsible for the crime. Cash was dead but Blanton and Cherry were arrested and Blanton has since been tried and convicted. 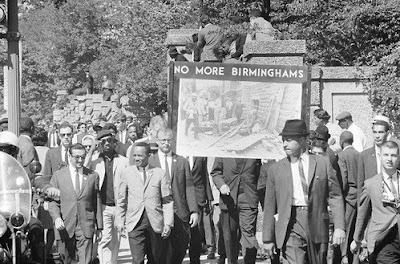 Posted by Craig Hickman at 5:19 PM

We can not forget.

I'm going to miss it by a day, but this will be the Open Thread for tomorrow.