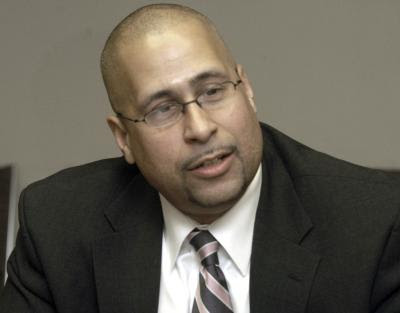 The Danbury Democrat ended widespread speculation about his sexuality during an interview with the Danbury News Times.

"For me the decision came down to why not now," Bartlett told the paper. "To me this is about having a conversation with my larger family - the people of Greater Danbury who voted for me."

The 41-year old Bartlett was first elected to office two years ago.

"I've always considered my life private," he said. "But at the same time we are also living in a digital age and I'm in the public eye. People are always interested in you and your family."

Bartlett has owned and operated his own mortgage company for the past 13 years and has raised two sons, now adult men. Most recently he co-chaired the Hillary Clinton Connecticut Steering Committee.

In an interview with the National Black Justice Coalition following his announcement to the News Times Bartlett discussed coming out to his family.

" I remember coming home one day and asking both my parents to sit down and talk with me. I told them I was gay. Then I changed it to bisexual. Then I changed it back to gay," he told NBJC, the nation's largest organization for LGBT African Americans.

"It was a difficult talk because I didn't want to disappoint them. They were both very supportive. When I told my dad it was going to be in the paper the other day, he said, 'I love you. I've never cared what side of the fence you played on.'"