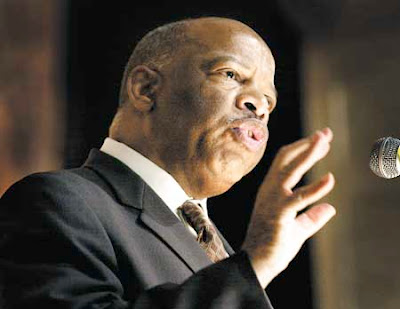 HE MARCHED across the Pettus Bridge in Selma, Alabama, on "Bloody Sunday." He gave a keynote speech at the March on Washington. He calls President Clinton a brother. He endorsed Senator Clinton at the outset of this campaign. But now,

Civil rights leader John Lewis has dropped his support for Hillary Rodham Clinton's presidential bid in favor of Barack Obama, according to a newspaper report Wednesday.

Lewis, a Democratic congressman from Atlanta, is the most prominent black leader to defect from Clinton's campaign in the face of near-majority black support for Obama in recent voting. He also is a superdelegate who gets a vote at this summer's national convention in Denver.

"It's been a long, hard difficult struggle to come to where I am," Lewis told the Atlanta Journal-Constitution in an interview. "But when I am, as a superdelegate, I plan to cast my vote at the convention for Barack Obama."