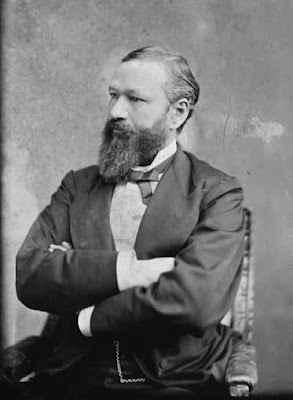 “I AM GROPING ABOUT through this American forest of prejudice and proscription, determined to find some form of civilization where all men will be accepted for what they are worth.”

Early life
Pinchback was born in Macon, Georgia (Bibb County), to a white planter (William Pinchback) and his former slave, Eliza Stewart. Known as P.B.S. he was educated at the Gilmore High School in Cincinnati. After his father died in 1848, he left Cincinnati because he feared that his paternal relatives would force him back into slavery. He hence worked as a hotel porter and barber in Terre Haute, Indiana.

In 1860, Pinchback married the former Nina Emily Hawthorne. They had four sons and two daughters.

Political career
During the Civil War, Pinchback traveled to Louisiana and became the only African-American captain in the Union-controlled 1st Louisiana Native Guards.

After the war, he became active in the Republican Party and participated in Reconstruction state conventions. In 1868, Pinchback organized the Fourth Ward Republican Club in New Orleans. That same year, he was elected as a Louisiana state senator, where he became the state Senate president pro tempore. He became acting lieutenant governor upon the death of Oscar Dunn, the first elected African-American lieutenant governor of a U.S. state. Pinchback was elevated to the Louisiana governorship upon the impeachment and removal from office of his predecessor, Republican governor Henry Clay Warmoth, for political corruption and for allegedly “stealing” the governor’s office from the Democrat John McEnery.

Later life
After his brief governorship, Pinchback remained active in politics and public service. He was elected to both the U.S. House and the U.S. Senate, but his elections were contested, and his Democratic opponents were instead seat. Pinchback served on the Louisiana State Board of Education and was instrumental in establishing the predominantly black Southern University in Baton Rouge in 1879. He was a member of the Southern board of trustees.

In 1882, Republican President Chester Alan Arthur named Pinchback as surveyor of customs in New Orleans. In 1885, he studied law at Straight University (closed 1934) in New Orleans. He was admitted to the bar in 1886. Thereafter, he moved to New York City, where he was a federal marshal, and to Washington, D.C., where he practiced law.

Pinchback died in Washington, D.C. and was interred in Metairie Cemetery in New Orleans, Louisiana.

Legacy
Not until 1990 did L. Douglas Wilder of Virginia became the second African-American to serve as a state governor (and the first to be elected to the office). Deval Patrick of Massachusetts became the third when he took office last month. Both Wilder and Patrick were elected as Democrats.

(All text from Answers.com)

Nice to see the picture of our Great grandfather. My Mom also enjoyed seeing it.

im researching p.b.s. pinchback for a school project. "susan carter" i see that you are in some way related to mr. pinchback himself. i would like to interview you. or email you so that i could recieve some information on him as well as his family. if you should see this please email me.
thank you.
-chelby handy
beautycth@aol.com