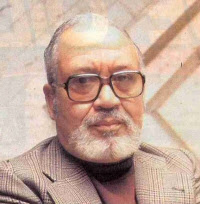 FRANK YERBY (1916-1991) rose to fame as a writer of popular fiction tinged with a distinctive southern flavor. He was the first African American to write a best-selling novel and to have a book purchased by a Hollywood studio for a film adaptation. During his prolific career, Yerby wrote thirty-three novels and sold more than fifty-five million hardback and paperback books worldwide.

Frank Garvin Yerby was born in Augusta on September 5, 1916, to Wilhemenia and Rufus Yerby. His mother was Scots-Irish and his father African American. He graduated from Haines Institute (1933) and Paine College (1937), both located in Augusta. Yerby continued his education at Fisk University in Nashville, Tennessee, where he received an M.A. degree in 1938, and at the University of Chicago, where he began studies toward a doctorate in 1939. For a brief period, Yerby worked as an instructor of English at Florida A&M College (later University) and at Southern University in Baton Rouge, Louisiana. He later migrated north, first to Dearborn, Michigan, where he worked as a technician at Ford Motor Company, and soon thereafter to Jamaica, New York, where he was employed as an inspector at Ranger Aircraft.

Yerby’s first literary success came in 1944, when he received the O. Henry Memorial Award for his short story “Health Card,” which focuses on the racial inequities faced by an African American soldier and his wife. Prior to this story, Yerby had written a protest novel about racial inequities in the South, but publishers had rejected it. Perhaps in part as a result, he began to write historical novels centering most often on white protagonists. It is from these novels that his literary reputation was built. The Foxes of Harrow (1946), in particular, laid the foundation for his career as a popular novelist by becoming the first best-selling novel by an African American author and earning him the title “king of the costume novel.” Many of his novels are set in the antebellum South and feature dashing white male protagonists who experience adventures of romance, mystery, and intrigue.

Yerby was often criticized by blacks for the lack of focus on or stereotypical treatment of African American characters in his books. Thus, ironically, while Yerby held the distinction of being the first best-selling black novelist, he also became one of the most disparaged for his lack of racial consciousness. In response to this criticism, Yerby argued that “the novelist hasn’t any right to inflict on the public his private ideas on politics, race, or religion.” He later amended this stance to a degree, and in the late 1950s and 1960s he wrote novels that touched upon issues of race and southern culture, such as The Serpent and the Staff (1958), The Garfield Honor (1961), Griffin’s Way (1962), and Speak Now (1969), which features his first African American protagonist. In 1963 Yerby completed a protest novel, The Tent of Shem, which was never published. The 1971 publication of his masterpiece, Dahomean, which focuses on the life of an enslaved African chief’s son who is transported to America, serves as the culmination of Yerby’s efforts toward incorporating racial themes into his works.

On November 29, 1991, Yerby died of congestive heart failure. At the time, he was living in Madrid, Spain, his place of residence since his self-imposed exile in 1955. Throughout his career Yerby remained a beloved native son of the South, receiving honorary degrees from Fisk University (1976) and Paine College (1977).

All text taken from the New Georgia Encyclopedia