This first entry focuses on American players through Arther Ashe. Many are missing, but I hope to fill in the gaps throughout the month.

Ora Washington, who won eight ATA women's titles (1929-1937), was undefeated from 1924-1936. Washington was also a top-scoring center and coach for the African-American women's basketball team, the Philadelphia Tribunes. 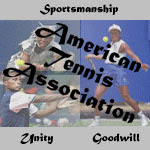 The American Tennis Association is one of the oldest African-American sports organizations in the United States. Organized at a meeting held in the Washington, D.C., YMCA, it showcased talented African-American tennis players in the era of segregated tennis and is still an active organization. At its first championship in Baltimore in 1917, Tally Homes won the Men's Singles event and Lucy Slowe the Women's singles.

Reginald Weir was the first African-American man to compete in the U.S. Indoor Lawn Tennis Championship. 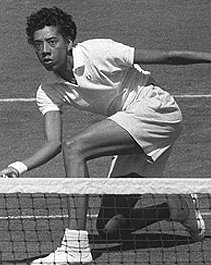 Two years after Althea Gibson integrated the U.S. Open for women, African-American men participated. Reginald Weir became the first of the two men to compete in the first round of the Open; George Stewart played the next day. 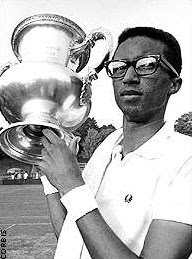 Arthur Ashe was the first African-American man to dominate men's professional tennis, even though Jim Crow laws prevented him from playing on the public courts of his native Richmond. After holding championships in the American Tennis Association (the African American tennis league) from the age of 12 onwards, and winning the national intercollegiate championship as a UCLA student, he was named as the first African American to integrate the Davis Cup team. He won the U.S. National Championship and the U.S. Open in 1968, the only tennis player to accomplish this feat. He was the first African-American man to win the Australian Open (1970) and Wimbledon (1975). His three-volume history of African-American athletes, Hard Road to Glory (1988) is one of the most comprehensive studies of this subject.

Posted by Craig Hickman at 6:03 PM