I’VE BEEN missing in action over here, because I’ve been blogging up a storm about tennis on my tennis blog. The Australian Open, the first Grand Slam of the season, is underway Down Under in Melbourne, Australia, and that commands almost all of the my attention. Add that to the 16- hour time difference, my altered sleeping patterns, and well, you get the picture.

But my girl, Serena Williams, is silencing critics with her incredible run to the quarterfinals, the final 8 of the 128-player Slam. So here’s a poem I shared with my tennis readership after Serena’s third-round win over her much higher ranked opponent who had said before the match that Serena “probably isn’t that motivated” to get back into the top echelon of the tennis rankings.

Didn’t you hear me?
I don’t think you did.
So I’m gon’ have to say it again—
she’s an overweight, out-of-date, also-ran-has-been,
whose on-court career approaches a quick end.

And did I forget to mention,
now that I got your full attention,
that Serena’s intentions
exist in a whole other dimension?

She ain’t trying to play tennis.
She’d much rather end this
get on with her design business
and let the choking wimps on the WTA win this.

But you knew that already
if you been listenin’ ’round.
That’s been the talk of all talk
around this whole damn town.

Believe it if you must.
Buy it, if you will.
But count Serena out
At your very own peril.

Article: Serena Shakes Off Rust for a Fourth-Round Visit 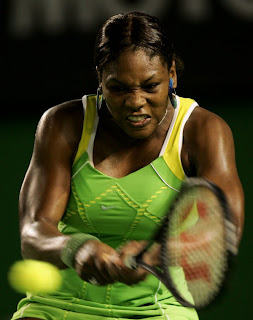 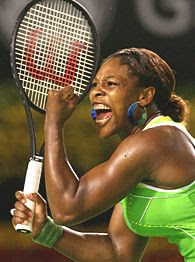