The Book of Songs: BOOK I 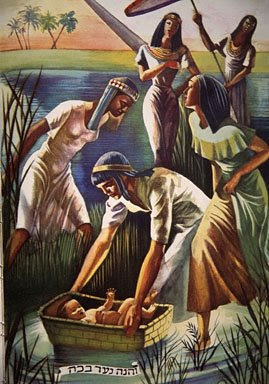 Song 1
Sonless Mother
A fantasy song for his mothers before he knew the truth.

DENISE mourned the day her flowing ceased.
The rape seed sown rooted
deeply on the walls of her womb
weeping blood from her brown baby eyes—

She wanted not this thing,
this life, this parasite
sucking her own life within.

unwilling to risk some back-alley mutilation, she
shored up her strength for the struggles to come and
moved and moved and moved her love out of her womb

down a river in a tightly woven basket.
“Go, go, my child. Be safe.”

For sixteen months, lost in rushes and reeds
it flowed, flowing into the abyss,
no nurture, no wonder, into that void too dark
and lonely, till back over the edge of the river basin it fell.
But soon enough,
it sprouted wings.
“Mama, Mama, please?”

And Mary Juanita heard.
She who had waited and prayed
and waited.
After six conceptions no child could
cling to her irritable womb,
a womb that bled and bled,
too much too fast
too fast too much
till finally carved out
it bled no more.

And she prayed again, not to the gods
whom she blamed for her Dharma,
but for two of her four decades,
she knelt down before
folklore and myth,
in supplication to stork wings
and river reeds.
She waited, and waited, and waited…
“Mama, Mama, please?”

So Mary Juanita took him.
more blessed than Pharaoh’s daughter
she relished his majesty
she cradled him in arms warm with love and devotion
she counted his fingers with kisses in praise they were all there
she breathed her own blood into each of his veins.
“You’re mine, now. You’re mine now.”

From Fumbling Toward Divinty: The Adoption Scriptures, © 2005. All rights reserved.

Posted by Craig Hickman at 9:01 PM