Today is StinkyLulu’s Supporting Actress Blogathon. My winner is:

JENNIFER HUDSON’s performance in Dreamgirls is stunning. I had high expectations going in; she surpassed all of them. As Effie Melody White, the Dream who is unceremoniously booted from the group because of her big voice, big body, and bigger mouth, Hudson breathes life into her archetypal character as if she was born to play the part. We all know that the American Idol also-ran has a set of pipes that can raise the roof off a church, blow right through the walls. And oh, but no. It’s not just her singing, which is nothing less than superb (think young Aretha crossed with established Whitney, add of touch of Lisa Fischer and mix it all with God’s favor), but also her acting that indicates with a little bit of luck and a lot of hard work, this young actress is here to stay. 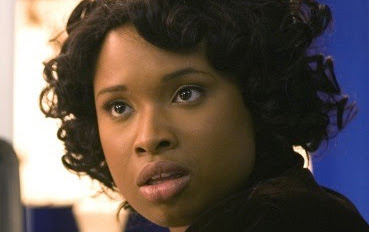 No superlative will do her justice. The look of raw and open vulnerability on her face at the beginning of “And I’m Telling You I’m Not Going” was like nothing I’ve ever seen before on celluloid. It elicited spontaneous sobs throughout the audience, and the rest of that scene left me unable to breathe. I was reminded of Barbra Streisand’s closeup rendition of “My Man” at the end of Funny Girl, but still, Hudson moved me even more. Every time she sang, I was in awe. 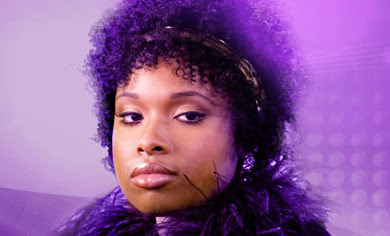 It was hard at the time to imagine that anyone could be in more awe than I. But I seem to have been mistaken. S.T. VanAirsdale from over at The Reeler had this to say:

Then there’s Jennifer Hudson. The American Idol alumna was one of 780 women Condon saw for the pivotal role of Effie, the voluptuous Dream who endures one (literal) setback after another before Foxx’s Curtis—also her lover—sends her packing. Effie’s reaction song, “And I Am Telling You I’m Not Going,” became a Broadway standard not long after the stage musical found its stride (Jennifer Holliday’s historic version at the 1982 Tonys is now even a YouTube standard); onscreen, it retains its dramatic imperative while surging with tear-jerking catharsis. Hudson is exceptional throughout the film, and her handle on these five minutes is virtually beyond description. It’s willful, vulnerable, dynamic, more than star-making, really -- it’s the stuff of instant legend. I hate sweeping extremes like what I’m about to say almost as much as I hate musicals, but I have thought about it and I mean it when I say Hudson’s performance signals the greatest debut by an American actress in my lifetime. The accolades? Deserved. The applause in movie theaters? Legit. It’s truly, truly phenomenal. The woman may not have been able to win a TV talent show, but she’s pretty much a lock to win an Academy Award. 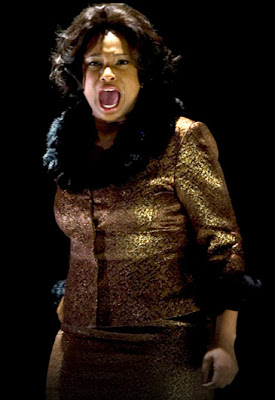 Hudson is a natural. Her screen presence electric. The rest of her remarkable debut was nuanced, intense, comedic, broad, quiet, electric, and superior to anything in the movie.

And the movie is sensational.

And a brief note on the murmurs of category fraud percolating about the blogosphere. In Dreamgirls the music and the music industry are the main characters, the protagonists. That’s what the archetype is about. All the human characters support them. So even though Jennifer Hudson steals the movie (and how could she not with that gift-from-God voice who sings most of the great anthems), she is a legitimate supporting player.

If Miss Jennifer Hudson doesn’t win the Academy Award for Best Supporting Actress on Sunday, February 25, 2007, they should simply stop giving them out altogether.

The Curse of Effie?

A passionate post -- and I appreciate passion -- but I'm one of the few who thinks she comes across as an amateur. Like, high-school musical or community theatre caliber. Fantastic voice, yes, but very very green otherwise. The extent to which she succeeds is because of Condon's dogged direction. And Anika Noni Rose is the only pro in the trio.

I adore Anika Noni Rose. Wish they didn't cut her big song. I'd like to have seen what she did with it.

Jennifer IS an amateur. But for me, it takes absolutely nothing away from her performance. And if I've never seen a performance like it in high school or community theater.

And you can lead a horse to water but you can't make them drink.

That Jennifer was able to take Condon's direction and turn it into this performance is a credit to her natural ability.

I just HAVE to see this movie, and I have to say the main reason I want to go is Jennifer Hudson. Not only because I keep hearing how great she is, but because I loved her back on Idol. That was the season I stopped watching part of the way through because she got voted off and not one other singer was as good as her.

Great post. I really hope this is only the first step in Jennifer Hudson's long and glorious career.

Me too, sumaraifrog, me too.

While I was a fan of Fantasia on Idol that year (I've since cooled off, not because I don't think she's a consummate performer, but because her material sucks. When, oh when, will she be able to record an album of Dinah Washington songs?), I was pissed that Jennifer got voted off just as she was about to take over the whole set.

Here's hoping she breaks the "curse" of Effie White.

I think she does. I actually think she's a better singer than Jennifer the Elder and a much better actress.

This gets released next week in Australia so I can't wait to see it. I hope she's as good as you and others say, although it will mighty hard to beat my current #1, Deborra-Lee Furness.

From what you wrote, Kamikaze, I would say so.

Hope you enjoy it. If not, oh well. I still think you'll get a kick out of J-Hud.