I Got My Invitation! 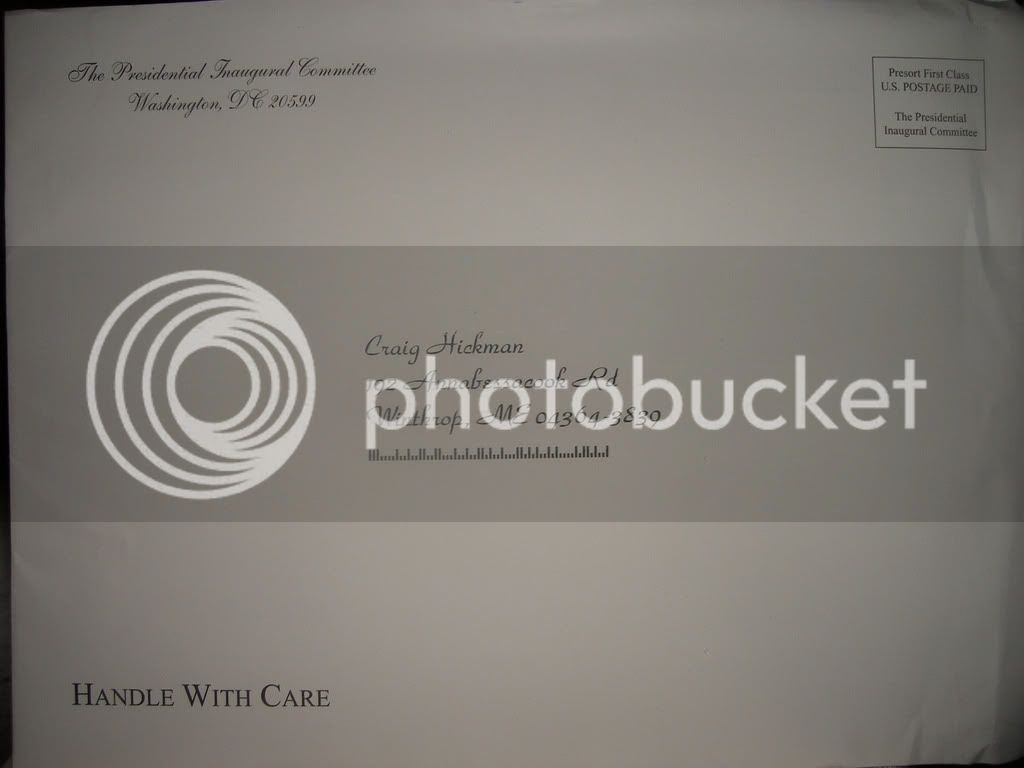 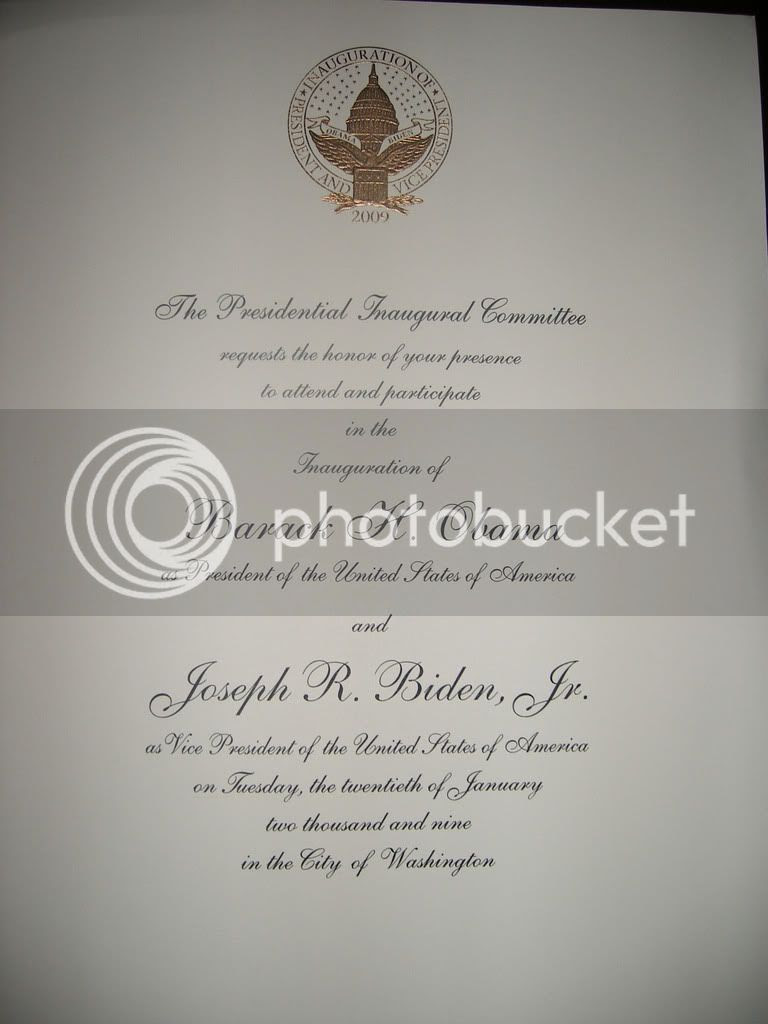 FINALLY. My invitation to the inauguration has come. Little did I know all those months ago, back in February, when I decided to run for delegate at my little town caucus in Winthrop, Maine, that it would lead to this. If I thought seeing Barack accept the nomination at Invesco Field would be the pinnacle of my political experience this election cycle, I was wrong.

I will see Barack Hussein Obama II sworn in as President of the United States.

A few weeks ago, the New York Times ran an article about the Brooklyn printing company that got the bid to print the invites.

According to Mr. Donnelly, Precise Continental was selected over rival printers because it is a union company, it uses recycled paper and it is certified by the Forest Stewardship Council, which promotes responsible forest management. Although Clark Stevens, a spokesman for the inaugural committee, would not confirm that those factors were decisive, he did say, “These are issues that President-elect Obama campaigned on and that have concerned him throughout his career.”

Several days after the phone call, the snow fell heavily on the cobblestones in Dumbo, and trains rattled over the Manhattan Bridge. Inside Precise Continental, there was an almost poetic combination of mechanical repetition and human industry, all on an enormous ink-stained wooden floor. It could have been the 1800s.

The first order arrived by truck on Monday, from Neenah Paper, a Wisconsin company. Ink came on Tuesday from BuzzInk, in Chicago.

When I was a kid, I toured the Neenah Paper mill in Wisconsin. It's all come together.

Wow, Craig... that brought tears to MY eyes! My daughter and grands (11 and 14) are traveling to DC. While they don't have tix for the inauguration, they plan to be as much in the vicinity as possible. After my daughter explained that they may not get to actually see Barack, the 14 year old said, "This is MY president, and I'm going to be there."

Your daughter is an inspiration.

My response was eaten. Oh well.

I just wanted to say that I have tears just looking at it. You have been an inspiration, Craig. All along. Following this journey with you - an American citizen who decided to become active. It's the kind of thing that we were taught in Civics class. Why ONE person can make a difference and should become involved.

And, I'm jealous. Happy as hell for you, but jealous.

Yeah Craig, thanks for sharing! I can't wait to see the photos!!! Stay warm out there.

Hi, I got the same invitation today! Is this invite real? Is it for only 1 person? No info came with the invite. Any info would be greatly appericated!

I had to just sit and look at the invitation for awhile & then tears began to sting my eyes. I am so happy for you!

How exciting, how wonderful to be able to experience such an event of the first African American President!

Congrats, Craig! I really have admired all the work you've done.

You deserve this without a doubt!

Congratulations!!!!! Hope you have a great time in Washington!

Fantastic story! Who would a thunk it?

Get an extra battery for your camera and post all the pics!

Brown Man, I enjoy your blog immensely. I'm humbled to have inspired you!

Cogratulations! Enjoy and be inspired!