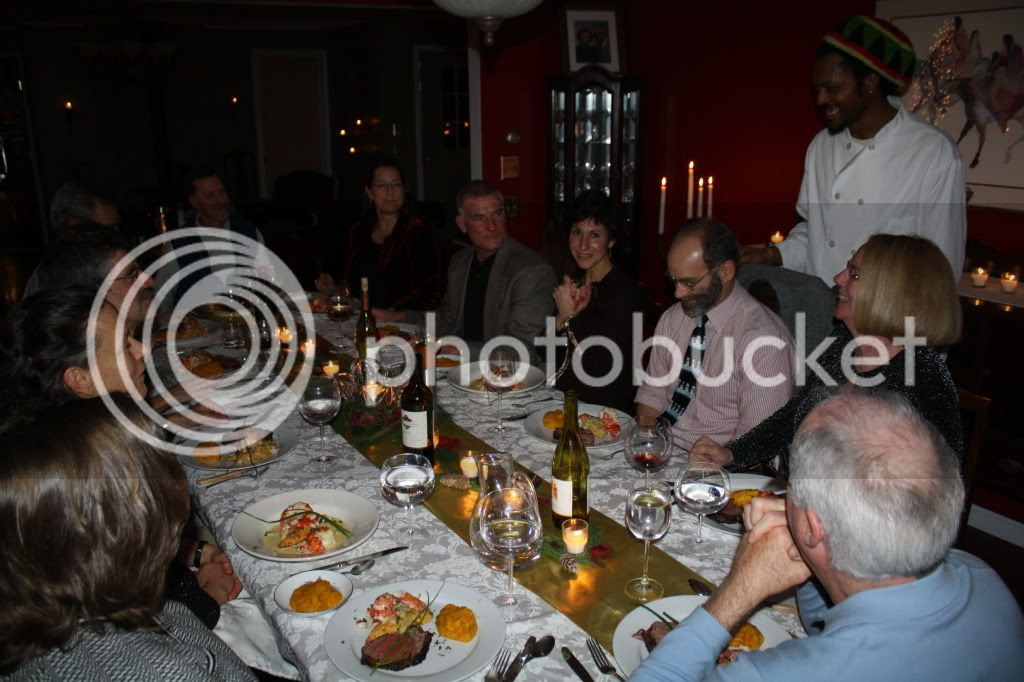 WE CATERED a private holiday dinner party for 12 guests last night. The group of friends has an annual party every December at the venue in the area, but had never been all that satisfied with the food wherever they chose to go. So they gave us a try this year. Hubby works with one of the guests. I catered her son's graduation party at her house over the summer. The menu:

Carrot Soup with Orange and Ginger

Heaven's Cheesecake with Raspberry Coulis and Fresh Blackberries
We cooked all day, decorating along the way, stayed up late into the night, and pulled the whole thing off without fussing. Two of the guests said it was the best meal they'd ever eaten in their entire lives.

The biscuits were an unexpected hit. Even I was surprised. Never built them before, couldn't even find a recipe, so I suppose I can claim an original creation. I concocted the dough early enough in the day and baked one to taste. If they were a complete miss, I'd have a chance for a do-over. Hubby, a biscuit connoisseur, approved.

I also never prepared an entire beef tenderloin. Marinated it for a day in garlic, olive oil, balsamic vinegar, red wine and herbs. Started it outside on the grill so it could get a good flavor and finished it off in the oven. Let it rest, covered with foil, for half an hour before slicing. It melted in the mouth like butter.

Speaking of which, we used 5 pounds of butter to make this meal. Five pounds. And 18 lobsters. The stock pot was ecstatic.


I've worked in lots of restaurants, but only in the front of the house. Much as I've always loved to cook, when watching the chefs and cooks behind the line with multiple pans on the fire, I used to think, I could never do that. Well, last night, as I whisked and stirred and shimmied and shook pots and pans of squash puree and butter poaching liquid (two kinds) and cream sauce and sweating leaks, all the while biscuits were baking and that precious log of beef was resting, I stood outside myself and watched with the same awe.

Like Daddy was standing over my shoulder watching with me to make sure I didn't mess anything up.

Of course hubby was also nearby. He built the dumplings and the soup and served as all-around prep cook, dishwasher, busboy, host, and waiter. We both wore all those hats, actually. Later, as we soaked our sore bodies in the jacuzzi, he said he understands now why so many people in the restaurant business turn to cocaine.

It's always a bit nerve wrecking to make such a meal when you know you have no margin for error. To hear the moans and groans at first bite give way to the peace-filled quiet of people eating good food made my night.

I went to bed satisfied. And proud. 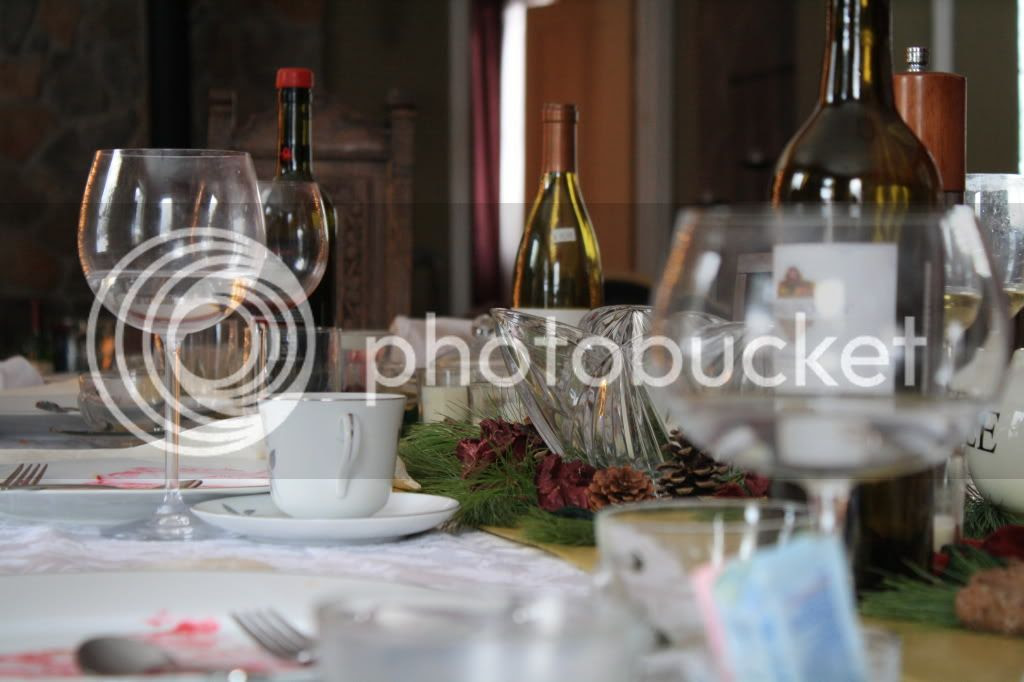 Lovely, Craig, just lovely, and the menu accompanied by the photos seems scrumptious.

AKA 99 Percent Sure AT JJP.com

I recently came across your blog and have been reading along. I thought I would leave my first comment. I don't know what to say except that I have enjoyed reading. Nice blog. I will keep visiting this blog very often.

My mouth watered just reading that. I'm so glad that it went so well. This was terrific. I have for to get up to Maine one of these days.

Thanks, all. It was terrific.

Best wishes to everyone this season.

And yes, rikyrah, you need to get up here. We can cook and eat and discuss politics and culture and carry on.

Beautiful and delicious. Your place looks so cozy and inviting. Hopefully someday I'll cross the border from Vermont into Maine and pay you a visit. Congratulations, and Happy Birthday!

By the way, Happy Birthday!

What a sumptuous feast...ya'll be having lobster all up in the biscuits...Maine's got it goin on!

Wow, your table looks so beautiful and your dinner is worth a michelen star! Don't now if your familiair with those stars, but believe me when you get one your a real chef cook!!! I can almost taste the food, it looks so delicous.
Hope you enjoyed your jacuzzi:))

Everything looks so wonderful!

Wonderful! Food, ambiance and good company. That's what it's all about. Well done. I wish I was there.