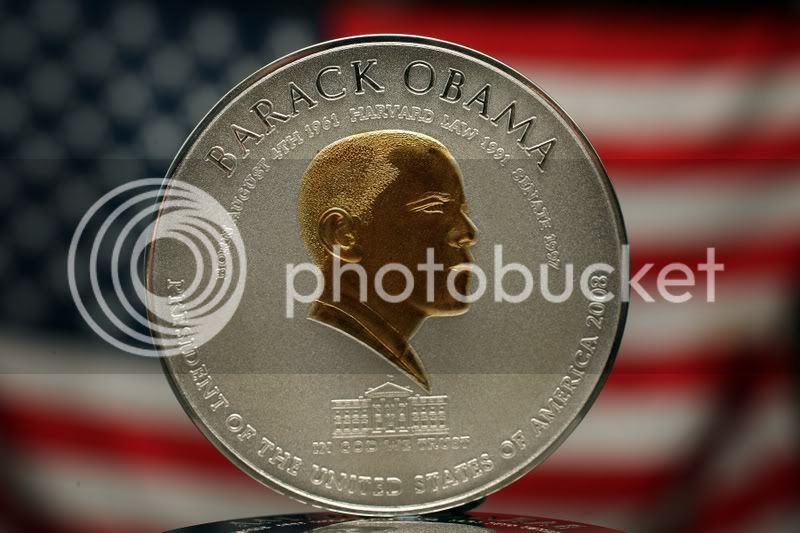 In this photo illustration a limited edition commemmorative coin depicting US President elect Barack Obama sits in the workshop of a die maker on November 5, 2008, in Birmingham, England. The coin has been struck to mark the historic election of Barack Obama in the United States. Birmingham company Winston Elizabeth & Windsor in association with UK Fine Arts has already sold more than 300 limited edition commemorative silver coins with solid gold versions in production. The coins depict Senator Obama's face, along with a picture of the White House and the legend 'President of the United States of America'. By Christopher Furlong/Getty Images.