I couldn't be more exicted. This Christmas, the long-awaited film version of Micheal Bennett's Dreamgirls will open in theaters nationwide. The film needs no other introduction. Surely, everyone must be wondering what Jennifer Hudson of American Idol fame will do with the show-stopping number at the close of Act 1, "And I Am Telling You I'm Not Going" made famous by the incomparable Jennifer Holliday (how ironic that both singers have the same first name; same initials!) in a powerhouse rant/rave/exorcism that tore down Jericho's Walls back in 1981. The song became the defining moment of Jennifer Holliday's career, and to this day, she sings it whenever and wherever she performs. Jennifer Hudson proclaimed after she was booted from American Idol that she wanted to play the role of Effie White on stage. Well, grace shined upon her, and she was cast in Bill Condon's film version of a story based loosely on the life of Diana Ross and the Supremes. Can Jennifer Hudson bring her own mojo to a song many consider will always belong to Jennifer Holliday?
I say: Most Definitely.
Here is the audio clip from the movie: 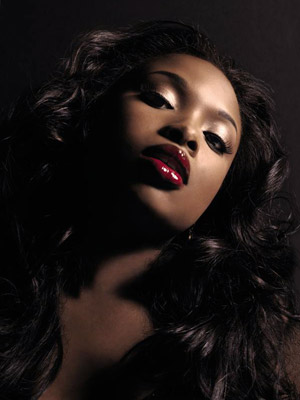 The latest Hollywood buzz has already pegged Dreamgirls as the frontrunner for best picture. I also have a feeling that Jennifer Hudson is going to steal the show and garner a nod as supporting actress for her screen debut. Anika Noni Rose was nothing short of a miracle in her Tony-Award winning performance in "Caroline and Change". Beyonce has lived the live of Deena Jones and was born to play this part. I'm not sure she'll be respected enough by the voters to garner a lead actress nomination, but if she turns it out, there can be no denying her. Insiders say this movie will resurrect Eddie Murphy's career. He's perfect cast as James Thunder Early and the man can sing! And is there anything Jamie Foxx can't do? Surely he won't fall victim to the snub Richard Gere received for "Chicago" and he'll be receiving his third nomination in a few months. Can this highly anticipated movie be the second film adaptation of a blockbuster broadway musical to take Tinsel Town's most coveted prize this century?

I say: Hell Yeah.
Here's the trailer for the movie:

I had no idea Jennifer Hudson could look so glamorous.

What a voice. I can't wait to se the move.

Thanks for posting, Craig.

Thank you SO much for posting that song on here...I've been DYING to hear her version of it and I am completely happy with the outcome! And if people say she can't bring in her own spark for the character of Effie like Holliday did...they are WRONG!!! This was amazing!

It is so different to Jennifer Holidays version, but just as fantastic !

Well, I still prefer Jennifer Holiday´s version, but I can´t hide that I do like to see Jennifer Hudson in her best performance ever!
Thanks for the youtube clip!
Vitor.

This young lady gave me chills. She gave Beyonce a run for the money. On Oprah, we she came out, the crowd stood and clapped so heavily for her that Oprah had to tell them, "Ok, Ok, Ok." She said it so many times. When Beyonce sung that beautiful song on their; she sung it so hard it was amazing. I have never in all the years Beyonce was out heard her sing that hard. I believe she wanted to take back the spot-light they had given Jennifer Hudson.

Jennifer Hudson gives an amazing performance, but for pure powerhouse performance that will brake your heart and give you chills it has to be Jennifer Holliday.

Jennifer Hudson is my girl! Go girl, do your thang!

And by the way, Eddie doesn't sing in this movie. He has a stunt voice. Remember, "Party All The Time"?

all i can say is damn jennifer..damn..i got chills!!

This song is sooooooo amazing and powerful!!!

I have listened to this song over and over!!!

I CANNOT WAIT FOR THE MOVIE!!

Thank You So Much for posting it!

Jennifer Hudson should win an Oscar for Best Actress and Best Song of the Year!! What a Powerhouse!!!!