The Tree According to James III

1
Armed with the ten digits that possessed the potential to bring in all sorts of light, Craig thought his heart would jump right out of its container. With the two-hour time difference between Milwaukee and California, he decided to wait a few hours before making the call.

Meantime, Mary mother of Craig came to him while he sat rocking in the chair that once belonged to his never-met grandfather, the rocking chair his Granny Alma had given them, the chair that had become his father’s favorite place to rest while awake. Mary stood in front of the television, blocking whatever insignificance flashed on the screen. She turned to her son, looked him in the eyes, cocked her head subtly to the right, but not so subtly that he didn’t notice. “Are you sure you’re ready for this?”

“The only thing I’m sure of is that I’m gonna call that number. There’s no turning back now, Mama. What’s the worse that could happen? That I’ll find her and she’ll slam the door shut in my face? At least I will have seen her face, Mama. If nothing else, I will have seen it. I wanna see it, Mama. I wanna look her in the eye.” He paused, found his mother’s eyes. “I’m as ready as I’m ever gonna be.”

She focused her eyes intently on his. Satisfied that what she saw there was real. “Then when are you gonna call Uncle James?”

For the next few hours, every five minutes it seemed, one of them—his mother, his father, his husband—asked if he’d called the man in California yet.

Three times he tried; three times the voicemail greeting greeted him. He left no messages.

“I will try again when we get back to the hotel.”

*
At 8:50 p.m., Central Standard Time, Craig phones James while Job goes to the hotel concession area to get ice. This time, a man says hello.

“Is this James White?”

“Let me jump to the point. My name is Craig Hickman, but I was born Joseph Bernard White.”

“And could you say that middle name again?”

“Hold on one second.”

Job returns with a bucket of ice, pours himself a drink, and turns on the video camera.

Craig hears a rattling sound in the background. “Yes,” he replies.

There is a pause.

“Boy, have I been wanting to talk to you. Man, do I have a lot to say to you. There’s so much that I wanna tell you.”

“There’s so much I wanna know.”

“My whole life has been all about you, man. Just today, I finally finished a book and took a video I watched last week back to the video store. You know what they were called? The book was called The Bourne Identity and the movie, A Stranger Among Us.” James laughs and continues: 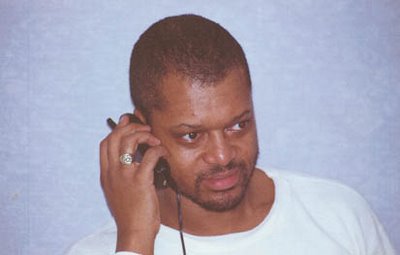 “You are African, Jewish, Irish, German, Cherokee, African, and Geechie. You are a direct descendant of William Penn. Now your great grandmother, Madree Penn White, was one of the founders of the Delta Sigma Theta Sorority, a nationally known black sorority. You’ve heard of them, I’m sure. I have to find her obituary and read it to you. She was quite a woman. Somewhere in here, I have my father’s and grandfather’s, too.”

While James looks for obituaries, Craig grabs his briefcase-cum-shoulder bag and retrieves a pen and the journal where he keeps most of his research notes.

“Now your great grandfather, Madree’s husband, although they got divorced—actually, she divorced him, which hardly any women did at that time—your great grandfather was one of the first black physicians in the United States. He lived in St. Louis with Madree before their divorce when she then moved to Cleveland. He lived in Mt. Vernon, New York where he took up with a young mistress before he returned to St. Louis, which is where he died. Now Madree, which means mother in Spanish, went to Howard University in Washington, D.C. I wish I could remember where my grandparents met, but I can’t. Now my father, your grandfather, worked in his mother’s print shop in St. Louis when he was young. Now your Aunt Grace, his sister—matter of fact, I just talked to her today, she just had eye surgery—lives in Cleveland and her son James Otis Ware, who changed his name to Oloye, is like you. You would wanna meet him. I hope you get a chance to meet him. Aunt Grace is gonna die when I tell her about you. Her son Oloye is a genealogist and has done a lot of research on both sides of his family, but mainly his father’s father’s side and his mother’s mother’s side, that’s how we know Madree is descended from the William Penn who founded Pennsylvania. He lives in Cleveland, too. He traced his father’s side of the family all the way back some thirteen hundred years to Nigeria and the Yoruba people.

“Now the Geechie in you, that comes from my grandfather’s side of the family. He was from Edenton, North Carolina, near an island off the coast where the Geechie still live and speak their own language. Gullah, I think it’s called. They are direct descendants of African tribes from Sierra Leone. Now they were brought over to work the rice plantations along the coast of the Carolinas down through to northern Georgia. Now one of your great great, or is it great great great, I’m not sure—actually, it’s not great at all, but maybe your third or fourth or fifth—but you have a cousin named George Henry White who was a North Carolina US Congressman during Recon-struction, the first black in the House of Representatives in the nation. Supposedly we still have a relative in that area, just outside of Edenton. Her name is Mignon Jenkins. Mignon Jenkins, I’m pretty sure that’s it. Yes. Mignon Jenkins. My travels haven’t taken me there yet, but I hope to visit her someday to see where we all came from.

“Now the Cherokee—I consider the Cherokee Nation the Jews of the Indians—the Cherokee also comes from my father’s side. Your great grandfather’s mother was half Cherokee from Tennessee.

“Now the Jewish comes from my mother’s side of the family. Now my mother, your grandmother, was from the other side of the tracks and, in fact, my father’s parents thought he married beneath him. Her people are from Mississippi. Her grandmother Mary was married to a man of African descent, however, she was pregnant before she got married by a Jewish man who was passing through. His name was Howard Rosenberg. My mother doesn’t know for sure, but she thinks he was from Russia. The Irish and German also come from her side. Her mother Rosie, who was the daughter of Mary and Howard, was married to Herman Turner and his mother was part German, part Irish.”

Craig struggles to keep the phone between his shoulder and ear while writing as quickly as he can. 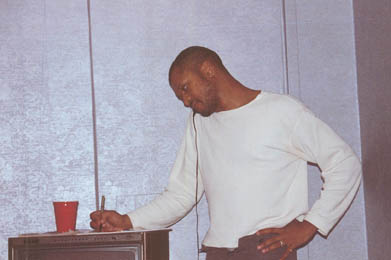 “Now I’m ill. I’m on disability. I’m ill now. I was diagnosed with bipolar disorder in nineteen eighty-two and had to sell my practice and go on disability. I have nothing but time on my hands now and so I’m on a quest for God and the truth. I do a lot of reading and I love religion. I’m on the quest for God and the truth. My religion is family. I study all religions in the quest for truth. I’m a Jew. I’m more Jewish than a real Jew”—he laughed—“I’m James Eathel White, so my initials actually spell Jew. How many Jewish people you know can say that? That’s how I sign my name. J. E. W. My Jewishness defines me more than anything else. I’m a Jew.

“I’m here to try and make unity out of diversity. My religion is family. Now, religion is supposed to teach love, its ultimate theme and purpose, but this mission has been subjugated by institutional madness and dogma. Family is about love. Religion is about love, or it’s supposed to be about love. If a religion isn’t about love, it’s not about anything. That’s why I had to get out of the Adventist church. Nothing but a bunch of hypocrites who believe everything Ellen G. White wrote and prophesied, and she was known to suffer from temporal lobe epileptic delusions based on a head trauma she endured as a little girl in Maine. I was in Maine once.

“Nobody in my family understands me. Nobody wants to understand me. Now my mother, your grandmother, probably understands me the most, but she likes to act like she doesn’t. I’m into numbers, the meaning and significance of numbers. I have a whole theory about life that can be distilled right down to numbers. My mother is into numbers, too, but she tries not to let anybody but me know because Adventists don’t really believe in numbers. And that’s crazy because the Bible is full of numerology.

“There was something about the look in your eyes in your sixty-seven yearbook picture that I connected with.” Craig moves from the old maroon chair to the matted carpet on the floor. “I could only imagine that you might have been blamed for your sister being pregnant, seeing as though you were her big brother and all, and just the two of you were down in Huntsville at Oakwood at the time.”

“Now you see, I had gotten a girl pregnant myself and could not marry her. After I got her pregnant, she left Oakwood. I never found out whatever happened to the girl or the child. I always thought Jennifer told my mother about this because she thought I told her about you.”

“Did Jennifer ever wonder about me?”

“Now you have to remember, Craig, that we didn’t see eye-to-eye on so many things, especially after I left the church. In fact, the last time I saw my sister, I don’t know exactly how long ago it was now, but the last time I saw your mother I tried to share with her something that I thought was impor-tant, something that I had recently discovered in Jewish texts, and she didn’t wanna hear it. We don’t talk too much about too many important things.”

“So you don’t know if she ever wondered about me.”

“Did she tell you that?”

“No. And she didn’t have to. I know why she did it. She named you Joseph because that was her way making sure that you would come back to her. You know the story of Joseph from the Bible?”

“Well then you know he was reunited with Israel and his family before Israel died. That’s why she did it. So you would come back to her before she died. You came back in order to heal the family.”