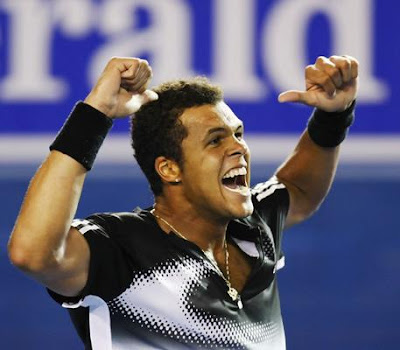 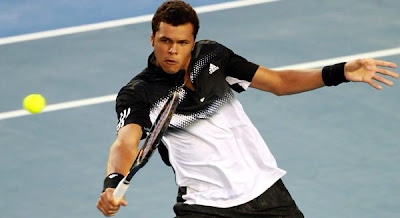 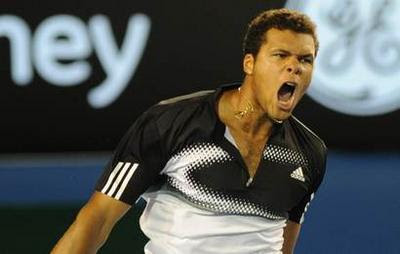 MADPROFESSAH, one of the contributors on my tennis blog, wrote this post about Jo-Wilfried Tsonga, the Cassius Clay lookalike with a powerful game and killer smile, who has stormed through the Australian Open draw in Melbourne to contest his first title on the professional tennis tour at one of tennis' premier Slam events.

Despite MadProfessah's predictions yesterday, Frenchman Jo-Wilfried Tsonga defeated world No. 2 Rafael Nadal easily to reach his first Australian Open final. The score was 6-2 6-3 6-2 but the match was not even that close. Tsonga did not even face a break point until the third set and Nadal went 0 for 3 for the match while J-W was 5 for 7 in that category including a break of Rafa's very first service game(!) followed by a love hold by the Frenchman. Tsonga had 49 (+22) winners to Nadal's 13 (+1) including 27 aces (one of which was nearly 138 miles per hour).

Tsonga is projected to rise from his current 38 to (atleast) #27 on the new world rankings on Monday. He becomes the first Black man to be in a Grand Slam final since MaliVai Washington lost to Richard Krajicek in the 1996 Wimbledon final.

He becomes the first player to reach his first ATP final at a Grand Slam event since Gustavo Kuerten did at the French Open in 1997, and we all know what happened after that. (Kuerten went on to win at Roland Garros three times.) 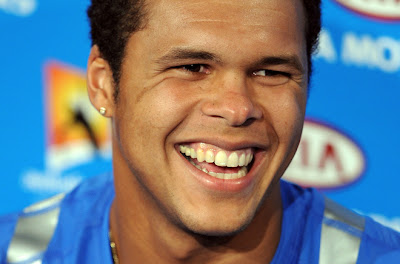 Cann't wait for the final! For us it is around 10 am so i'll be watching!!

What makes you call him "black?"