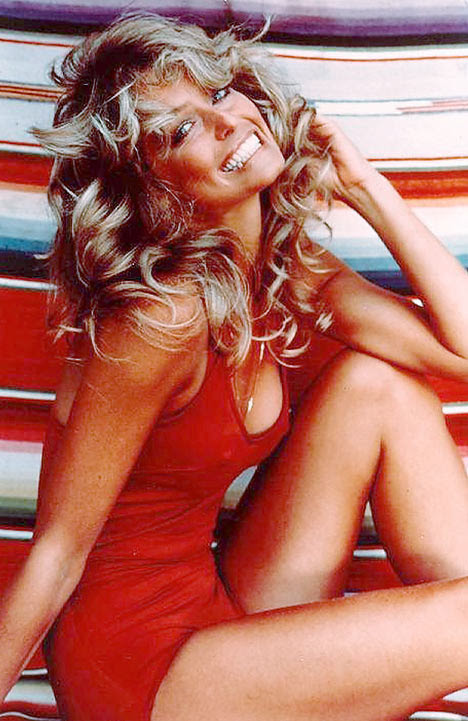 WHO didn't own this poster?

I'm still bowled over by this. I knew it was coming but it doesn't make it any easier.

I don't think we realized how revolutionary Charlie's Angels was until long after the last episode aired.

Who didn't want those teeth?

Every little Black girl I knew, and some of the boys, too, wanted the Farrah Flip. Hot combs and pressing irons got quite a workout in her heyday.

Did anyone see her remarkable work in Small Sacrifices in the role of sociopath Diane Downs, the woman who killed her children? Extremities was all that and then some, but Small Sacrifices was a giant performance. That she hoisted no major award for it remains a tragedy.

Posted by Craig Hickman at 8:43 AM

Extremities was amazing, as was Burning Bed. Not sure if I saw Small Sacrifices but think I did. I personally was not as 'into' the whole Farrah thing as many girls my age were at the time, but you cannot but bear witness to the influence she had on our generation...those of us coming of age in the 70's. I am very sad for her that she was not able to treat her illness successfully and continue on in this life with her one true love Ryan. Let's all say a prayer for him as well since his heart must be breaking in two.