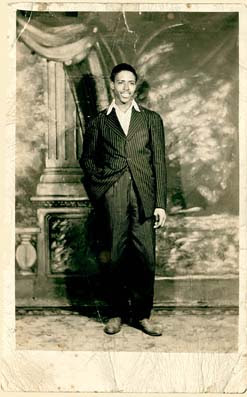 TODAY my father would have been 91-years-old. A Tuskegee Airman, for which he was very proud, my father was a strong man who taught me how to care for others, especially when they are needy or sick. I will honor him today by excerpting the Book of Hazelle from Fumbling Toward Divinity.

“How can a man with a heartbeat resist that? They say it only happens in fairy tales. At the first sight of her, the very first sight, I knew it was love. So I guess you could say our fairy tale started on the dance floor that very night.”
Posted by Craig Hickman at 2:29 PM