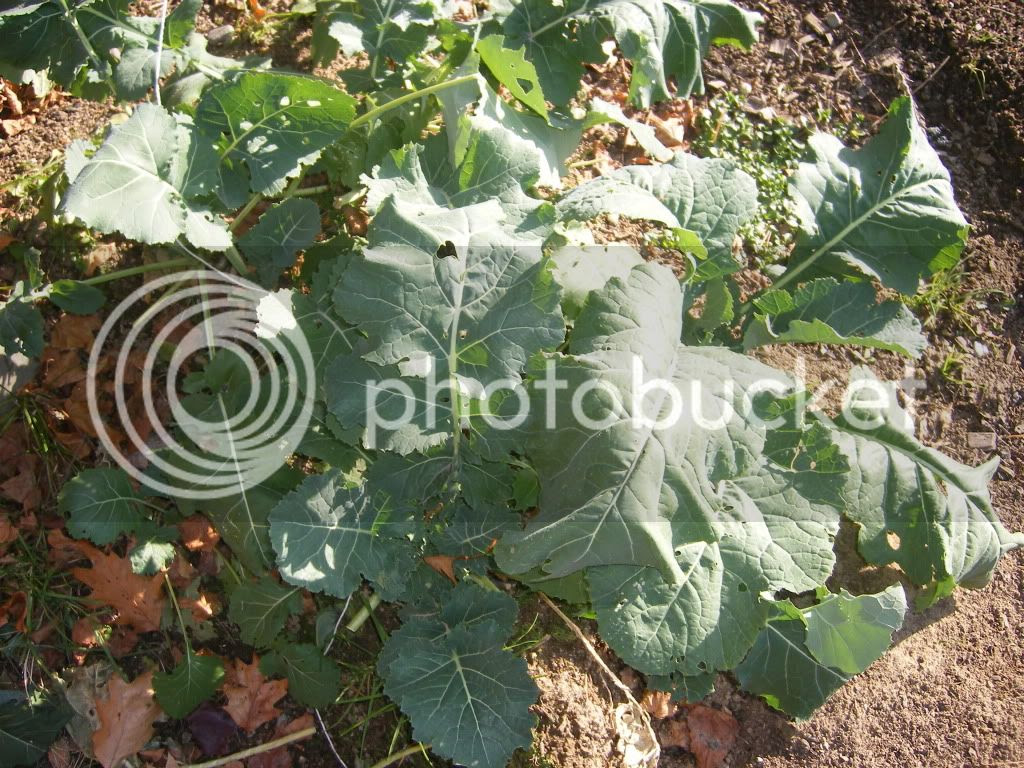 FOR TWO years, they didn't have garden-fresh collard greens.

For all of my childhood in Milwaukee, Wisconsin, my father grew a small garden in our back yard that yielded incredible produce. We didn't call it organic gardening back then. There was no need for such a description. It was what it was: gardening. No chemical fertilizers, no pesticides.

Well. Almost. One year -- I can't remember how old I was but I was in elementary school -- the insects were so bad, my father chose to shake garden dust over all his yet-to-fruit tomato plants, which were being devoured by hornworms. He cried. He was afraid he would poison his family. Afraid that we would starve if we didn't have any tomatoes to eat fresh or can for later so he chose drastic action. But he left alone the collards and other leafy greens. "I can't shake no dust on those. They go directly into our mouths, so we're going to have to pick the bugs off with our fingers."

Summer 2009, I stood amidst my collards in one of the many gardens on our 25-acre organic farm in central Maine talking to my pregnant sister on the phone. I told Gina that my collards weren't growing as well as I'd like. That because of the unceasing rain the insects were winning.

That's when she told me.

In the last two years of our father's life, when the pancreatic cancer made him too weak to tend his garden, she and my mother had no fresh collards. The rose chafers, Japanese beetles, cabbage worms and whatever else loves this bittersweet brassica had devoured the leaves down to skeletons.

"He simply had no energy, Craig. And we couldn't help because it would have been an admission that we knew he was sick, and since he never told us, we couldn't let him know that we knew."

I stood amidst my insect-infested collards and wept.

Losing my father on March 14, 2007, a month to the day after he turned 87, began the most transformative right of passage in my life to date. The man who taught me about discipline, respect, honor, dignity; about how to rise up after being knocked down; how to dream great dreams; how to love; how to live had left this world and left a hole in my soul as big as the lake on which my farm sits.

Two years later, in early spring, when I finally came up from under, I saw my father walk from the side of the road right up the gravel driveway and into our house. I don’t know if I was sleeping or awake, but I saw him nonetheless. Later that day, I stood before the unquilted stretch of land and told my husband of my plans to become a bona fide farmer. He thought I was crazy. Said it was too much. That I'd never keep to it.

Love a challenge. If you tell me I can't do something, I'm determined to prove you wrong.

Five months later, I opened a farm stand on the side of the road right in front of our house and began selling the succulent vegetables our land offered up.

Now, I'm addicted to growing things. I've turned a mere half-acre of our farm into a sweep of organic gardens. Composted manure from around the barnyard, a small tiller for cultivation, a few farm hands, a garden rake, hoe and pitchfork, a mosquito net as necessary (which is always, much as those critters love me), and as many daylight hours as the sun above can muster is all we count on to produce our harvest.

I'm even making fresh cheese and yogurt and ice cream from the goat milk hubby massages out of our goat every evening after his day job. Baking breads and quiches and pies and cakes and hearty cereals. Preparing meals for B&B guests, private dinner banquets for neighbors and friends.

And we’ve got two new greenhouses. Can't wait to see what they can produce in winter. Before long, we’ll be growing our own wheat, making our own honey, and slaughtering our own meat.

I stand on my father's shoulders. He whispers music over mine as I open the earth, loving her--tenderly, deeply, desperately--and whisks mosquitoes away from my ears so I can hear his music more clearly.

He shows me the way.

I've never been more committed to anything in my life. Never been happier. There is simply nothing like living off the land and nothing simpler. Knowing exactly where your food comes from because you produce it yourself.

My customers appreciate every bag of spinach, jar of yogurt, crown of broccoli they get from here. And I appreciate them. Their concerns and requests, their own gardening triumphs and failures. Our exchange of ideas and recipes and tricks. I never would have imagined I would become such an integral part of a local food chain. Never would have imagined I could sell thousands of dollars of organic produce and prepared foods in a single season without vending at a farmer’s market or supplying a restaurant. Never would have imagined folks would stop by simply to thank me for doing what I do even though they buy their produce at another local farm. I think now of Michael Pollan's words from his must-read book In Defense Of Food, “In a short food chain… [f]ood reclaims its story, and some of its nobility, when the person who grew it hands it to you.”

So when I told one of our regular customers the story of my father's collards, my sister's recent heartbreaking confession, we all shared a moment of spontaneous silence in his memory. And I swear to God, within a week, my collards were on their way to the biggest, sweetest, greenest collards I'd ever grown.

Posted by Craig Hickman at 8:21 AM

What a wonderful, heartfelt commentary on what farming means to you in the context of your upbringing. Written with such emotion and purpose: beautiful.

Thanks, Beth. You are always too kind.

I just love your voice. You write so beautifully. You must send me a jar of chow chow. We called it cha cha, which do you?

as always, eloquently put Craig. Everything you write turns to graceful prose whether you intend it or not. This is a lovely tribute and self discovery simultaneously.