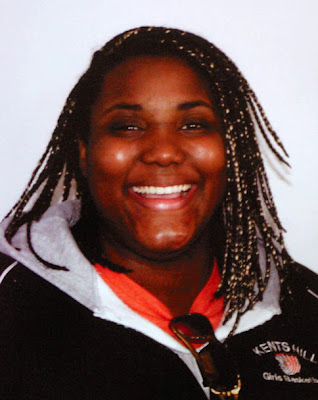 I met Aleigh Mills once when I was visiting Kent's Hill to see a friend. Her dorm was across the hall and she was so spirited. She was up beat and positive and I couldn't believe how nice she was for just meeting me. Her energy was welcoming. I say her a couple months later at a clothing store and I never said hello because I was afraid she wouldn't remember me. I feel bad now that shes gone because Aleigh seemed to be a girl you wanted to approach, fun and full of life. Almost 3 years later and I still can't believe shes not here even thought I only met her once, I can still feel her kindness and hear the happiness that was Aleigh Mills.

This is so sad to me. Any of you that knew Aleigh in High School had to know about her encounters with Seeds of Peace. This is where I was able to meet this wonderful women. It was her second year at camp and it was my first year. She was apart of Maine Seeds and I was apart of Beyond Borders working on the Arab American culture conflict. I meet her my first day at camp and from that day on Me, Aleigh, Leah, and Natasha were inseperatable from that day onto the end of camp. Today I just got the Olive BRanch from Seeds which updates us on what Seeds of Peace is doing. I flipped to the back page and it hadin Memoriam of Aleigh Mills. The tears started rolling down my face. the last time I was in contact with her was about two years ago I called her at her house and I had the last conversation I would ever have with this wonderful woman. She had such an impact on my life and will never be forgotten. I love you Aleigh

Donna Mills, Aleigh's mother taught me and both of my brothers at Newmarket Elementary school. She was a huge part of our childhoods and was pretty much a part of the family. Aleigh was often in the classroom and always stood out in my memory because she was so beautiful and funny. This is devastating I cant imagine the pain mrs. mills is feeling...Rest in Peace Aleigh

I don't know how long ago this was to you (2007 i believe, but it sticks for ahwile). ali was one of my best friends, and her murderer was a mutual friend of ours with whom the two of us had spent many long hours. i just wanted to let you know that, as i was looking up her name (which i do time and again) and i just wanted to let you know that tonight it warmed my heart to read what you'd written about her.

Aleigh was my daughter's best friend, and 3 years later she remains so close to her heart that she recently asked for a heart pendant inscribed with Aleigh's name on it.