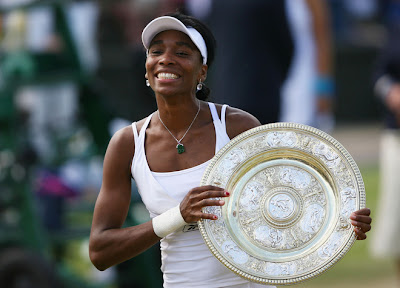 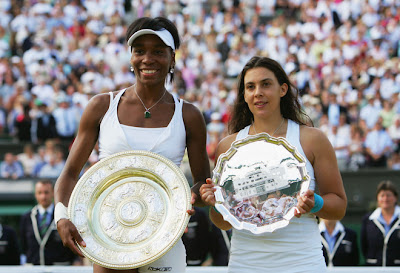 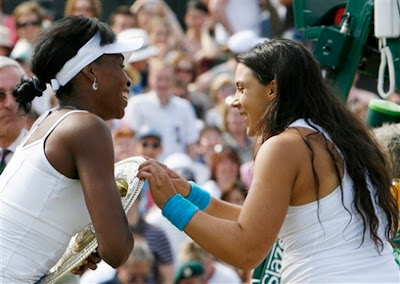 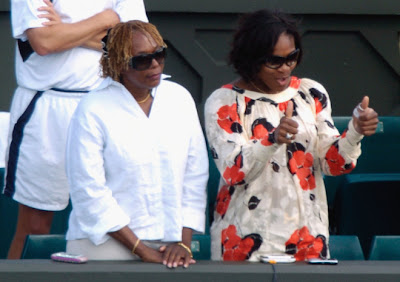 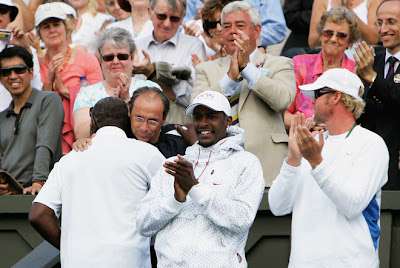 Dr. Walter Bartoli is embraced by Richard Williams during the trophy ceremony after their daughter's final. Earlier, the fathers, who both bucked the system in their respective countries by developing the talents of their daughters in unorthodox ways, high-fived. Later, Dr. Bartoli openly wept and was comforted by Williams. 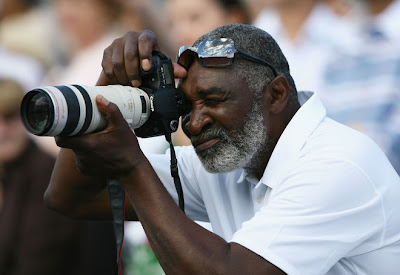 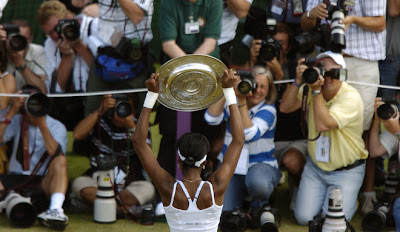 Venus Williams joins the sport's elite with her fourth Wimbledon championship. Martina Navratilova and Billie Jean King looked on as Venus overpowered Marion Bartoli 6-4, 6-1 to become the fourth woman in the Open Era to win four or more singles titles at the All England Lawn and Tennis Club. At No. 31 in the world, she is also the lowest-ranked winner of the Venus Rosewater Dish in history.

Even though Venus is considered a model of grace and class, this victory on the 50th anniversary of Althea Gibson's color-barrier-breaking first Wimbledon title might be Venus' most defiant.

Maid Marion may have lost the title, but she won new fans around the globe. I'd say her debut Slam final performance was arguably the best effort by a woman since Maria Sharapova won here in 2004. The 2006 Gonad Award winner for Strongest Ovaries is sure to repeat in 2007.

Roger Federer and Rafael Nadal advanced to the finals for a second straight year in two listless semifinals not worthy of coverage.

Related Articles
Scoop Jackson - Celebrating Independence at Wimbledon
Bonnie DeSimone - Even at 27, Williams remains as dangerous as ever

Posted by Craig Hickman at 1:46 PM