The Politics of Miscegenation 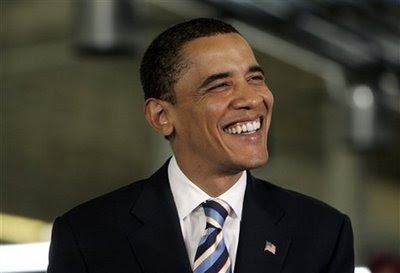 I WOULD have never thought of Barack Obama as the miscegenation candidate. But thanks to a reader over at Daily Dish, I've had my eyes opened:

Blacks, Asians, Jews - all of these were perfectly respectable associates. But marrying one, for a "white person", was completely unacceptable. The ultimate taboo, really. For older people, and people who live in areas that have long been predominantly white, the miscegenation issue is the last bastion of knee-jerk racial identity. And whites are not alone in this. Every well-defined racial and cultural group has this taboo actively at play, even today, regardless of political bent.

That's (one of the reasons) why Obama is portrayed as an unpatriotic, untrustworthy, radical Black separatist, and secret Muslim terrorist.

He's the son of miscegenation.

I posted about the recent death of Mildred Loving, the matriarch of interracial marriage. We are reminded that the offspring of these unions were the children of taboo. And the archetype of the tragic mulatto in Black literature, crystallized in the writings of Harlem Renaisssance author Nella Larson, is a direct result of this taboo.

Many of the children of miscegenation who could pass as white passed in order to avoid public scorn. But their internal conflict drove many of them to madness.

If Appalachia is caught in a time warp, it's no wonder that the mixed-raced candidate can carry nary a county. It's also no wonder why he would avoid campaigning there almost entirely.

In contrast, Minnesota has one of the highest percentages of interracial marriages per capita in the nation. Obama won the Minnesota caucuses by 34 points and is polling way ahead of John McCain in general election polls.

This election is scraping the scabs of all our national wounds. Every single one of them. And that is why it will be a majestic victory when Barack Obama is sworn in as the 44th president of the United States of America.

The only reason the wounds are being scraped is because folks on both sides of the issue still insist on scratching them. I guess it's a necessary part of the cycle so we can hopefully put all this racial crap behind us eventually.

Frankly, after a lifetime of it, I have about had it. If Barack looked like Ronald Reagan, I would still vote for him. It's his message I like, not his skin color.

Sorry, but I really just do not get it. This whole race thing mystifies me. But there it is and there it will stay as long as people are willing to buy into it.

I guess it's a necessary part of the cycle so we can hopefully put all this racial crap behind us eventually.

Now, that is a term from the past. You might be right. I do think it does cut both ways. But, for those whom Obama being bi-racial makes them more uncomfortable, it probably freaks them out. It's generational, and we just have to live through it. But, why do folks discount Obama being raised by his mother and grandparents? Are they so totally distrustful of their fellow White folks? I'm not getting it. Obama was raised by Whites in a multi-racial world. He chose to join the Black community as an adult. He's seen both worlds, and believe they are of EQUAL VALUE.

If you really want my opinion of why Obama upsets people, it's because he does assign EQUAL VALUE to both worlds.

rikyrah, I hear you.

I wonder what this election cycle would look like if Barack's mother was still alive.