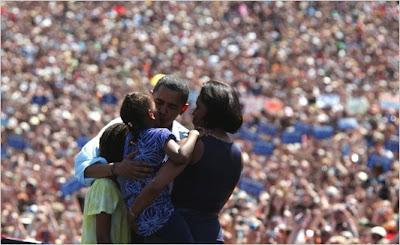 WHAT POLITICIAN can do this? A record 75,000 people showed up for Barack's rally in Portland, Oregon, yesterday.

Make no mistake, Obama is a man, not a religious figure, no matter what some of his detractors say about him and his supporters, but 57,000 showed up at Madison Square Garden to see the Pope.

Oregonians are sending a clear message that Barack doesn't have a problem with white voters. Cable news broadcasts wouldn't even show the pictures.

That's that I'm for. Here a few links to some great slide shows of the event. 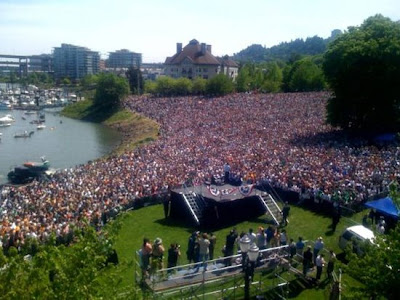 Posted by Craig Hickman at 7:26 AM