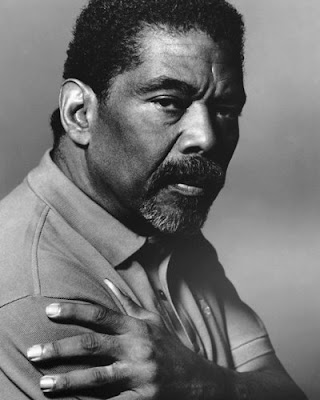 THE FIRST and only time I saw the Alvin Ailey Dance Theater was in Boston about 10 years ago. One of the veteran members did a solo to "A Song For You" and I couldn't stop weeping. Just this weekend, the President and First Lady kept up their date night tradition and took in a performance of the troupe at the Kennedy Center. The following biographical information is from Wiki:

Ailey was born to his 17-year-old mother, Lula Cooper, in Rogers, Texas. His father abandoned the family when Alvin was only a few months old. Like many African-Americans living in Texas during the Great Depression Ailey's mother strug­gled to find work and moved often because of it. Ailey grew up during a time of racial segregation in Texas. Rumors of lynchings against African-Americans and the rape of his mother by white men when he was five made him fearful of whites. Constant postiive influences came from black social institutions such as the Southern Baptist church and juke joints instilled in him a fierce black pride. These early experiences would go on to figure prominently in Ailey's signature works.[1][2]

In 1943, Ailey's mother secured work in an aircraft factory in Los Angeles, California. Upon arrival in California Ailey's first Junior High School was located in a primarily white school district. As one of the only black students, Ailey felt out of place and so the Aileys moved to a different predominantly black district. He matriculated into George Washington Carver Junior High School and later, the Thomas Jefferson High School. School was a sanctuary for Ailey. Despite having an athletic build, he spent long hours in the library reading and writing poetry. He was able to avoid both contact sports and being viewed as effeminate by taking up gymnastics. Ailey first encountered concert dance in movies. He was attracted to the glamor of stars such as Gene Kelly and Fred Astaire. He sang spirituals in the glee club, wrote poetry, and proved to have an affinity for foreign languages. It was during this period that he discovered his ho­mosexuality, further alienating him from his peers. He briefly studied tap dancing and tried the “primitive dance” taught by Dunham dancer Thelma Robinson in a seedy downtown night club. Ailey found the experience unpleasant and turned to modern dance when a friend introduced him to the Hollywood dance theater of Lester Horton in 1949. Horton would prove to be Ailey's major influence, giving him both a technique and foundation with with to grow artistically. His all black school as well as the entertainment districts on Central Avenue and in Downtown Los Angeles provided Ailey with more positive examples of African-American performance. He regularly attended shows at Lincoln Theater and the Orpheum Theater where he saw jazz greats Count Basie, Pearl Bailey, Fletcher Henderson, Duke Ellington, Billie Holiday, Lena Horne and Pigmeat Markham. It was during this time that he was introduced to dance by performances of the Katherine Dunham Dance Company and the Ballet Russe de Monte Carlo. 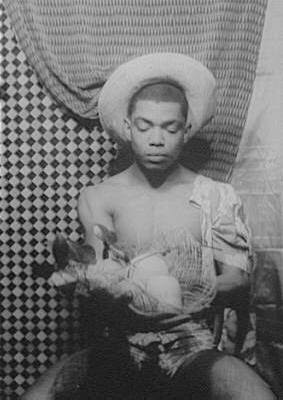 Ailey formed his own group, Alvin Ailey American Dance Theater, in 1957 which presented its inaugural concert on March 30, 1958. Works of note presented at this time include Blues Suite, a work deriving from blues songs. Ailey's choreography was a dynamic and vibrant mix of his previous training in ballet, modern dance, jazz, and African dance techniques. Ailey also insisted upon a complete theatricality including costumes, lighting and make-up. A work of intense emotional appeal expressing the pain and anger of African Americans,Blues Suite was an instant success and defined Ailey's style.

For his signature work, Revelations, Ailey drew upon his "blood memories" of Texas, the blues, spirituals, and gospel as inspiration, which resulted in the creation of his most popular and critically acclaimed work. Ailey originally intended for the dance to be the second part of a larger, evening-length survey of African-American music which he began with Blues Suite.

Through Ailey created 79 works for his company, Ailey maintained that his company was not repository for his own work. Today, the company continues Mr. Ailey's vision by performing important works from the past and commissioning new ones to add to the repertoire. In all, More than 200 works by over 70 choreographers have been performed by the Company.

Ailey took pride in the fact that his company was multi-racial. While, he wanted to give black dancers, who were frequently discriminated against by the racist attitudes of his contemporaries, an opportunity to dance; at the same time, he also wanted to rise above issues of [[negritude]. His company always employed artists based solely on artistic talent and integrity regardless of their race

Ailey continued to create work for his own company, he also choreographed for other companies.

In 1962 the U.S. State Department sponsored The Alvin Ailey Dance Company's first overseas tour. Ailey was suspicious of his company's benefactors motives. He questioned whether their motives were propagandistic, seeking to display a distorted attitude of tolerance by showcasing a modern Negro dance group.

In 1970, Ailey was honored by being commissioned to create The River for American Ballet Theatre. The River used the music of Duke Ellington. Ailey viewed this as a chance to work with some of the best ballet dancers in the world, particularly with the great dramatic ballerina Sallie Wilson. ABT, however, insisted that the leading male role be danced by the only black man, despite Ailey and other contemporaries misgivings about said dancer's talent.

Cry (1971), was one of Ailey's greatest successes. He dedicated to his mother and black women everywhere. It became a signature piece for Judith Jamison.

Ailey was known be generous, magnanimous and loving and was adored by a multitude of devoted friends. He also served as a father figure to his dancers. His personal and professional lives however, were frequently dogged with problems. His romantic life was rocky and often abusive and later life he often employ male sex-workers. He also made poor personal choices in who to entrust with management and money matters. Towards the end of his life, Ailey was increasingly crippled by arthritis, and dependent on lithium as a mood regulator.

Alvin Ailey died of AIDS in 1989 at the age of 58.[5] To spare his mother the social stigma of his death of AIDS, Ailey asked his doctor to announce that he had died of terminal blood Dyscrasia.[6]

Posted by Craig Hickman at 9:56 AM