IN THE WAKE of her Oscar-winning debut as Effie Melody White in Dreamgirls (the first Black actor in the history of the Awards to ever win for a debut performance, thank you very much), Jennifer Hudson is starring in the ensemble Winged Creatures, along with none other then co-Class of 2006 Oscar winner (who won for his first nomination, no less) Forest Whitaker.

Directed by Aussie Rowan Woods (The Boys, Little Fish), the film is about a group of strangers who form a unique relationship with each other after surviving a random shooting at a Los Angeles diner. Along with Hudson and Whitaker, the film also stars Kate Beckinsale, Dakota Fanning, Jeanne Tripplehorn, Guy Pearce, and wouldn't you know, Class of 2006 Oscar nominee Jackie Earle Haley. 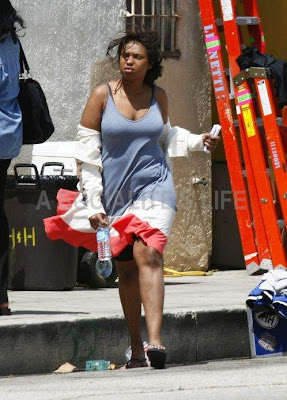 Another Crash? I sure hope not. Woods has done good work and with this cast, he really can't go wrong unless the story is just not there. Which was my biggest problem with Crash and other ensemble pieces set in LA (Short Cuts, Traffic) that seem patched together like some bad quilt.

With such a large ensemble cast, there's no telling how big her role, or anyone else's for that matter, will be. But this (great) news puts to rest the notion that she wouldn't be making another movie anytime soon, choosing instead to focus on her recording career. (Her debut album is slated for release in the fall.) From the look of it, she won't have to do any singing in her new endeaver, a goal she stated with conviction after her Oscar win.

Check out more pictures of her and Forest on the set over at A Socialite's Life. 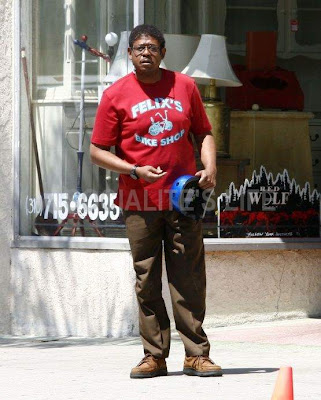